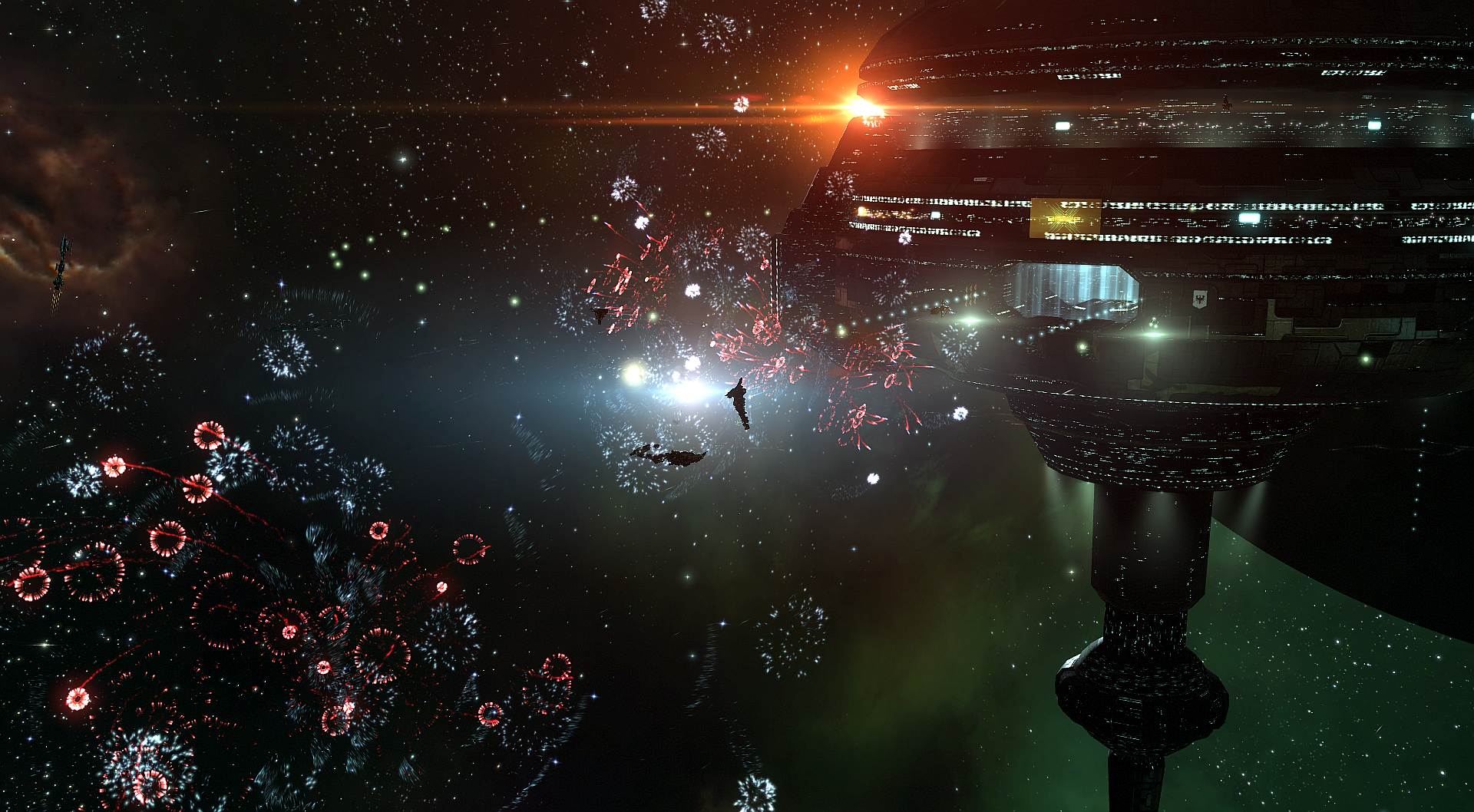 The next day, early in the morning I arrived at security office. I didn’t see Barbz. The time was still 6.45am.

“Good morning, I’m here to get the assignment”, I told the guard manning the reception.

“Just put your right hand here”, he pointed to a flat screen in front of him. The screen lit up when I put my hand on it and a second later the result came out.

“Your assignment has been loaded into your profile. You can check it yourself using your Neocomm”, the guard said. I could feel somehow his stare and body language changed after reading the result. But I shrugged it off.

I took out my Neocomm from my pocket and I could see the notification of the assignment. I clicked on it and read.

“Hmm, that’s not too bad”, I thought. I checked the direction to the hangar and I saw I could walk there in less than 30 minutes. So I went there.

After passing security check, I entered the hangar, into the observation deck to be exact. I was amazed by the size of it. The hangar was huge! It was even bigger than the hangar at my home station. Various ships were docked at the platform, from shuttles, frigates, cruisers, and even few battleships at the far end. Roughly maybe more than 50 ships in total.

I was directed to the administration office by the guard. I entered the office and seated in a waiting room.

“Hello there, you must be the new guy. Welcome!”, a man entered the room and shook my hand.

“Good morning. Yes I am here to report for my assignment”.

After a few pleasantry I followed the man into another room. Looked like an operation office. Several people were manning a long table with semi-transparent computer screens.

“I will be your buddy and supervisor during the assignment. You are just in time to watch me do the cleaning activities this morning. Just watch me. We use drones to clean most of the hangar. Don’t worry, you can study how to operate the drones later. I will send the full guide”.

“Okay”, in my mind I thought this was not too bad. Just operating drones from a comfy table. I could do that. I watched him for a full hour. The menu was quite simple. Basically the drones were intelligent enough to do their job automatically, the operator just had to make sure there was no anomaly or random obstruction that might be hazardous for the drones or personnel at the platform.

“Alright. We’re done with the drones, now we do the next stage”, he said standing up from his seat.

“Next stage?”, I followed him confused.

“Yupe, next stage is cleaning the ship exterior and interior”.

“No, you’ll see. Here, put on this suit and helmet. We will be going out to the platform”.

I followed him down the elevator to the platform level and he stepped on a small hovercraft. There were two standing controllers, basically it was like a vertical chair where we strapped ourselves with joystick and controller on the sides.

“Let’s see. Right, we will clean that frigate first”, we could see it on the HUD in front of us. He started the hovercraft and with a hum we flew toward it.

That was the first time I saw how ship cleaning was done. Basically we carefully flew around the ship and blasted it with cleaning laser. I supposed it could be done automatically with drones but perhaps they had other reason to do it manually like this. It took about 30 minutes to clean the frigate.

“Done, see? That was not difficult, was it? Today you can just watch me, but tomorrow you start doing it yourself”, he said.

“Sure. Do we have to clean all the ships today?”, I asked.

“Of course. Haha just kidding! No, each ship has its own schedule. You will see it on the hangar calendar later. We have 4 shifts here. Now we do next stage, interior cleaning”, he landed the hovercraft near the frigate and took out a hovering cart.

“This is our multipurpose cart. You see this tentacle? It has several functions. Vacuum cleaner, stain remover, duster, etc. And we also have some gallons of capsule gel in it to refill it if needed. Let’s go inside”.

I admired how he did it. He methodically and meticulously cleaned the interior of the ship. He cleaned it from room to room with efficiency that he didn’t have to go back to the room twice. And it was really hard work. He said that one ship was always different from the other, depending on how the owner or the capsuleer treated the ship. Some people were tidy and clean so there was not much to be cleaned, but some were gross and would leave a mess and garbage all over the ship.

I tried to offer my help few times but he refused and just told me to watch him and remember how he did it.

Finally an hour and half later we finished cleaning the ship.

“Wow, this ship almost look new now”, I honestly amazed at his work. All the ship floor, metallic or glass surface in the room was shinning and dust free. The air inside the ship even felt fresher because he cleaned the air filter.

“Thanks. I take pride of my work. And I hope you would do the same tomorrow. Don’t worry I will be with you”, he said smiling.

I spent another 30 minutes with him showing me around the hangar and explaining things about the job till the time was up.

I left the hangar and walked back to my quarter deep in thought. I had never thought that the first thing I would do in nullsec was being a janitor although the formal title was Hangar Maintenance Apprentice. It was basically a janitor. I would have guessed that I should be upset or even embarrassed by it, but I didn’t know why, I actually felt excited. This was new experience to me. Yupe being a janitor in nullsec! 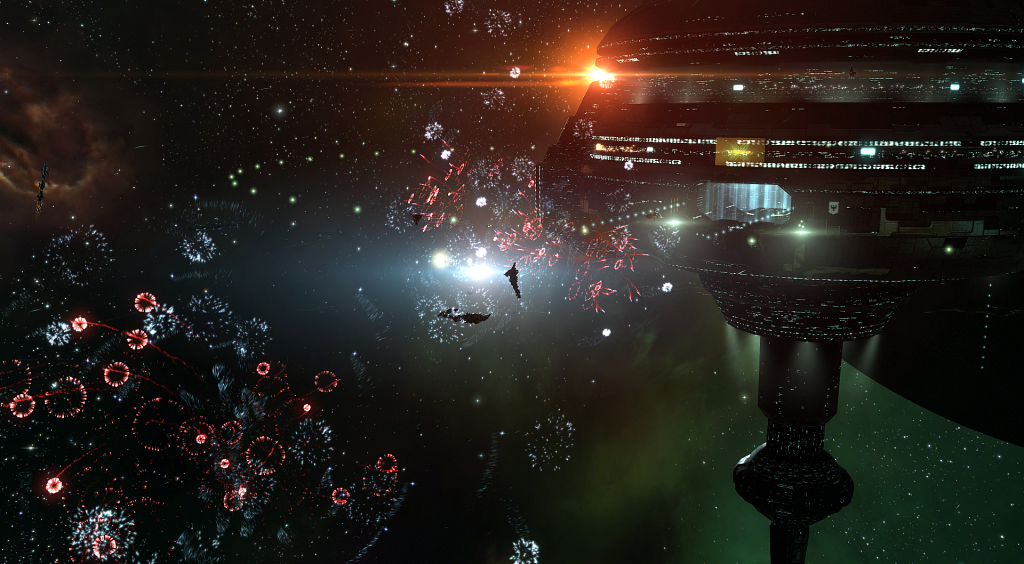 3 Replies to “Day 53: First Experience As Janitor In Nullsec Part 1”