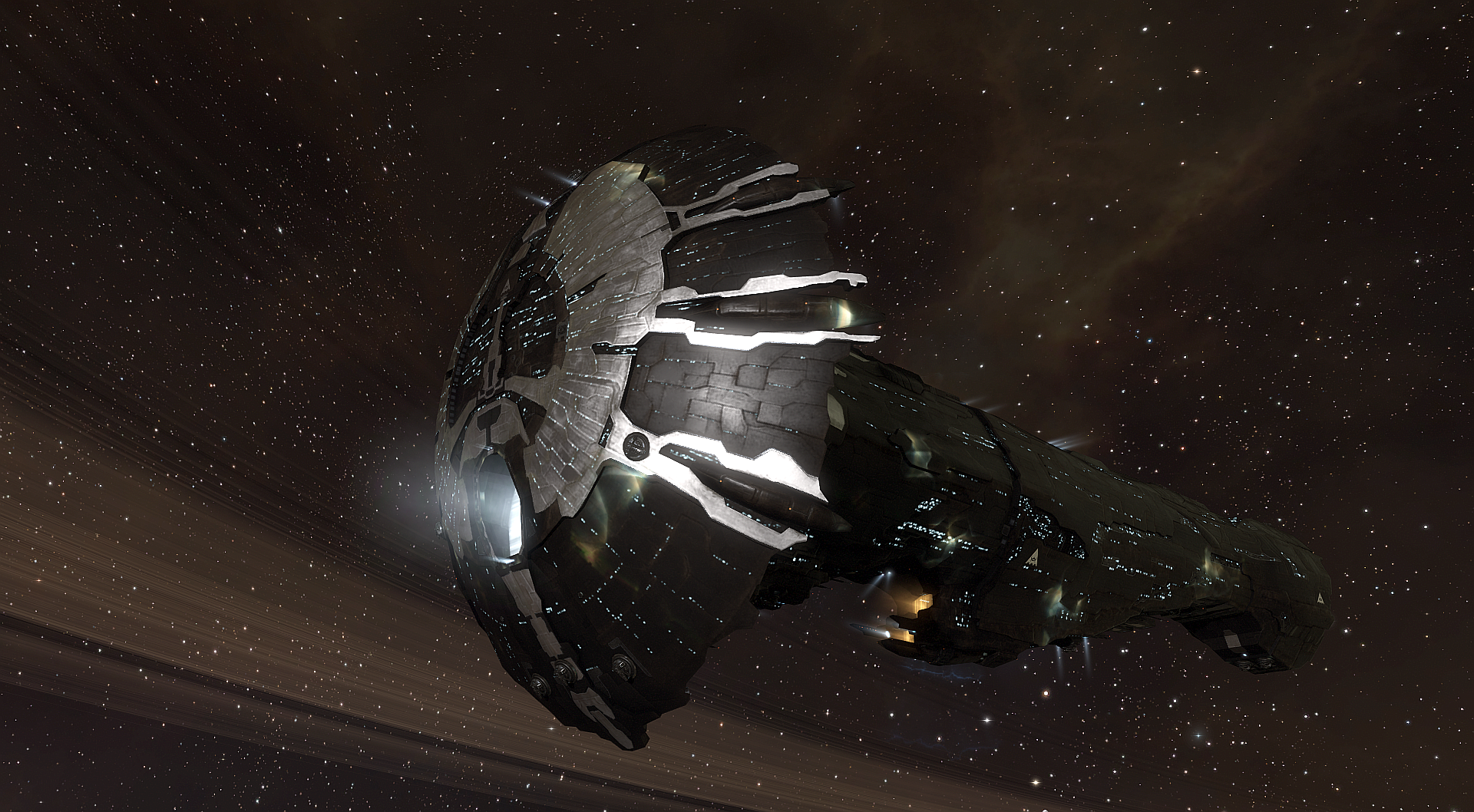 The thing I liked from the Ares or interceptors in general was they were so responsive. So responsive that you really felt them as part of yourself. It was very different if you flew bigger and slower ships. You might feel tired sooner or even a bit of pain from exerting your mind trying to control those big ships.

The journey was uneventful. I was now in nullsec systems. The traditional wisdom was not to jump from gate to gate directly. But I was in an interceptor so I thought I was immune from bubble. There would still be risk if there was gate camper waiting for me on the out gate with several smart bomb battleships. So far I had never been killed that way in my Ares. The ship was strong enough to survive 1 smart bomb.

Soon enough I was entering the alliance’s nullsec system. I saw one or two people in local from our alliance and I signaled a salute to them. Some returned back the salute but some didn’t because I could be too fast for them to respond before I left the system.

Finally I arrived at the destination. The moment I jumped from the gate someone in local contacted me. It was Barbz.

“Hey, buddy! Finally you are here!”

“Approach the station but don’t dock yet”, he said.

“Why?”, I was confused why he said that.

I did that and what I saw amazed me.

“Woah! Amazing Titan! So beautiful!”, in front of the station I saw it. A titan was moored. It was glorious. Unlike the golden Titan of the Amarr Imperial Family, this one had a black tone on it. Making it looked scary and menacing.

“Yes she is! I heard they are doing some testing on her newly fitted modules”, I saw Barbz in his Algos approached me.

“Yes of course. Many of us have been doing that for the past hours. Just make sure you keep a safe distance from it. 10Km would be fine. Be prepared though, she may randomly target a ship and test her weapon on the lucky ship”.

“Seriously?”, I was shocked.

The sight of the black Titan really pumped me up. Joining the nullsec corp was not a bad decision at all!

After 30 minutes admiring her, I and Barbz docked up on the station.

“It’s good to see you arrive safely, buddy”, he shook my hand.

“Same here, Barbz. When did you arrive?”, I followed him exiting the ship hangar.

“Yesterday. I arrived in my capsule though”.

“Yeah I was fine. I was followed by a neut for several systems when I decided to confront him. Too bad he got my Algos”.

“Neutral. People that are not in our corp or alliance”.

“Not necessarily. But in nullsec the general rule is to shoot unless they are blue, green, or purple. They are friendly”.

“Hmm, okay”, I was still confused but I thought I would know more by myself later.

We entered what looked like the local pub. The place was not too big, with some tables were fully occupied by group of people. We went to the bartender.

I glanced over a group of people and I notice some unfriendly stare from few of them. I shrugged it off thinking I might be mistaken.

“Fucking miners!”, I clearly heard it said when I just passed their table. I stopped my steps immediately and turned around.

“Excuse me? What did you say?”