“Father!”, my son walked briskly towards me. There was something different about him. He’s not running as he used to. And now that I noticed it, I got impression he’s got taller than the last time I saw him. Kids nowadays they grew up so fast.

“How are you, son?”, I hugged him. I could confirm he’s taller now.

“He has to take care of some business. You’ll meet him again some time. How is school?”

“School is great. There are new subjects that I like very much”.

“Astrometrics and Archaeology. I got the highest score in class for it”.

“Congratulations, son. I’m proud of you”, I tap his shoulder proudly. In my heart I said looked like he’s not going to be a miner, perhaps explorer? He still had long way to go and young people often changed interests. But I wonder what my wife would think if she knew about it.

We sat on the bench in the school park like last time and talked about his study and Natasha, the Russian girl he obviously liked. I just listened and didn’t comment anything. My principle was to give my son freedom to choose his own path. I would give advise if he needed it.

“Listen, son. I have something to tell you”.

“What is it father?”

“I and uncle Barbz join a nullsec corp, therefore we will have to move to their headquarter far away from here in nullsec”.

“Woah nullsec? One of my friends talked about it all the time. It is so cool! Which corp and system did you join, father?”

“I will tell you the details later”, I didn’t want to tell him yet. I was not sure how much detail I could tell him later but now I just thought it’s best if I didn’t tell him more.

“I understand, father. My friend whose father is in nullsec corp also doesn’t know much about his father whereabout. When are you going, father?”

“Tonight. Listen son. It’s very far away from here. I may not be able to visit you very often but I will call you regularly, okay?”

“Don’t worry, father. I understand. You and uncle Barbz take care of yourselves too”, to my surprise I didn’t see the usual frown whenever I left him for long period like he used to. Looked like he grew up alright.

Later that night I had finished packing up all my baggage and cargo into the Ares. I just remembered the ship was still a rental ship. Should I buy it instead? Nah, I would think about it later.

I reviewed the route, it was 45 jumps from here. I calculated the time of departure so that I would be about 3am in the morning local time when I reached nullsec systems. I thought there would be very little activity at that time, so it should be safer.

I also had set my medical clone station into the nullsec corporation headquarter as advised. So just in case I didn’t manage to reach it at least I would awake in the destination.

I powered on the ship and I noticed my ship identification now bore the nullsec corp name. Awesome. I took a deep breath and steered my ship out of the station and next few seconds I had begun warping to the jumpgate. This was it. There was no turning back. As the interceptor zipping from system to system I was wondering what life would be like in nullsec. 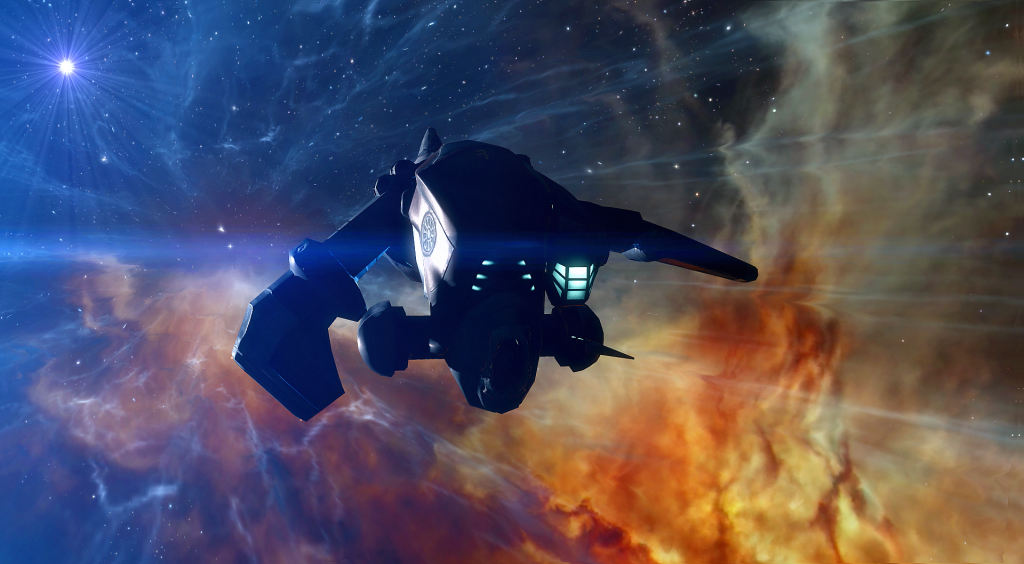