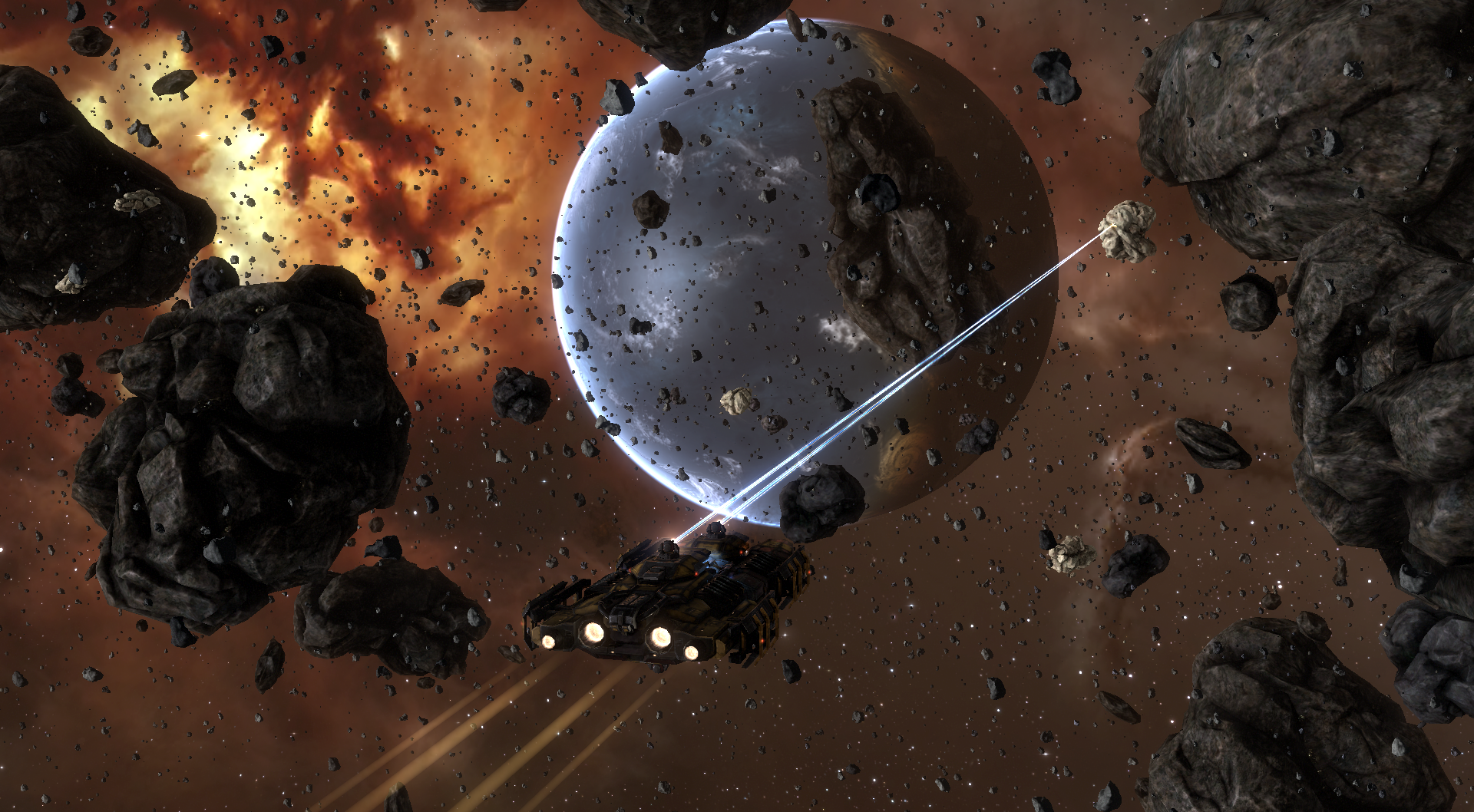 I was checking the directional scanner on every jump. Looking for any sign of gankers. But in the end the jumps were uneventful. Only some wreckage here and there but no criminals. I saw quite a number of freighters though, which actually not surprising considering some part of the route were major trade routes to trade hubs such as Amarr and Jita.

Finally I was approaching the destination and only now I realize it was not a normal station, it was a citadel owned by some corporation. I wonder why Barbz chose this place, anyway I requested for docking my ship and the citadel traffic controller quickly granted it. Its tractor beam ‘grabbed’ my ship once I was in range and towed me into the hangar.

“Hey buddy. Welcome to Erlendur!”, Barbz was already in the hangar waiting for me.

“I believe you have a safe journey?”

“Hello, Barbz. It took some time to reach this place but yeah it was safe. I didn’t encounter any gankers”.

“Of course. Gankers are a hype. Especially in this kind of space. They are only interested in high value target, not a lone miner”.

“Let’s go over that corner, buddy. They have a nice coffee vending machine. In fact I think that is the best coffee I have ever had”.

“Is it? That’s unbelievable”, I commented. There was no way coffee from a vending machine would taste that good.

“Yes it is. I couldn’t believe it myself. But as you can see this facility is brand new. I now notice they incorporated many of the latest technologies. Did you see the tractor beam from the station?”

“It can also repair your ship”.

“Here you go, buddy. Try the coffee”, Barbz handed me a cup. It smelled good. I sipped the coffee and it indeed tasted very good.

“You’re right. This coffee is very good. A bit expensive though”, I noticed how much it deducted his credit.

“So, Barbz why do you want me to come here and why this place instead of normal station?”, I look around. The place is not too bustling with activities, I saw some ships parked though. Most of them mining or industrial ships such as Orca.

“Hey! Is that Orca yours?”, I noticed his logo on the front hull.

“Ours, buddy. We will be using it for mining. In fact, let’s head out to the asteroid belts. Let me show you why I ask you here”.

So we undocked our ships. He was in the Orca and I was with my Skiff.

“Where do we jump, Barbz?”, I asked over the comm.

“No need to jump, the belts are right in front of us. Haha!”

And surely they were right in the system.

“Yupe. And check your scanner. What do you see?”

“Hmm.. the usual stuffs. Veldspar, Scordite… I don’t see any Plagioclase… Wait! I see something else. Pyroxeres… and Kernite!”

“That’s right! The selling price are 15-20 times of Veldspar. And do you see how big they are? They are our mountain of money! Let’s start mining, buddy”.

“I already did. Haha. I don’t want to miss even one gram of them”.

“But, Barbz. If mining here is so lucrative, why don’t many people come here? I check the local comm and there are only 17 people in this system”. 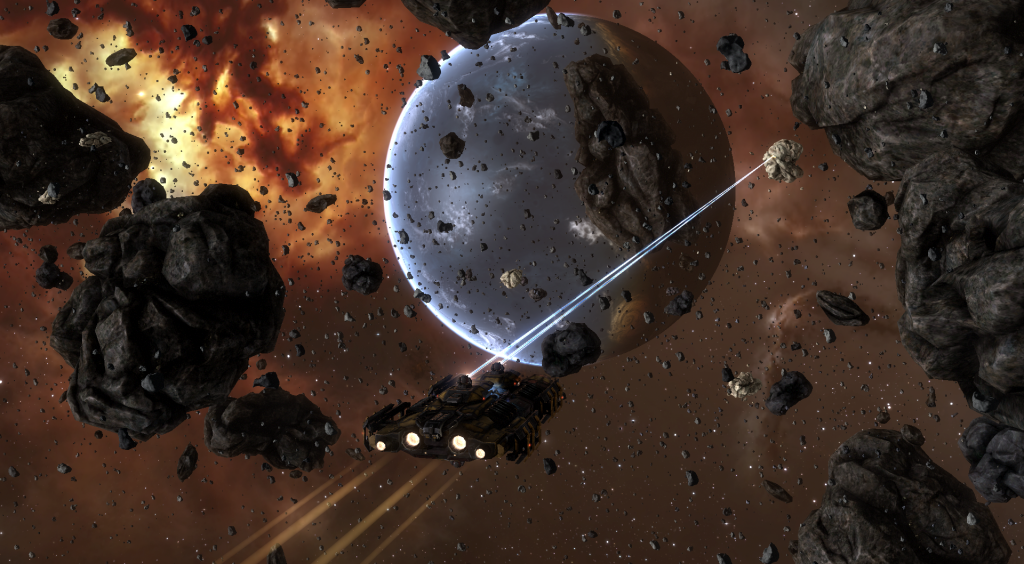