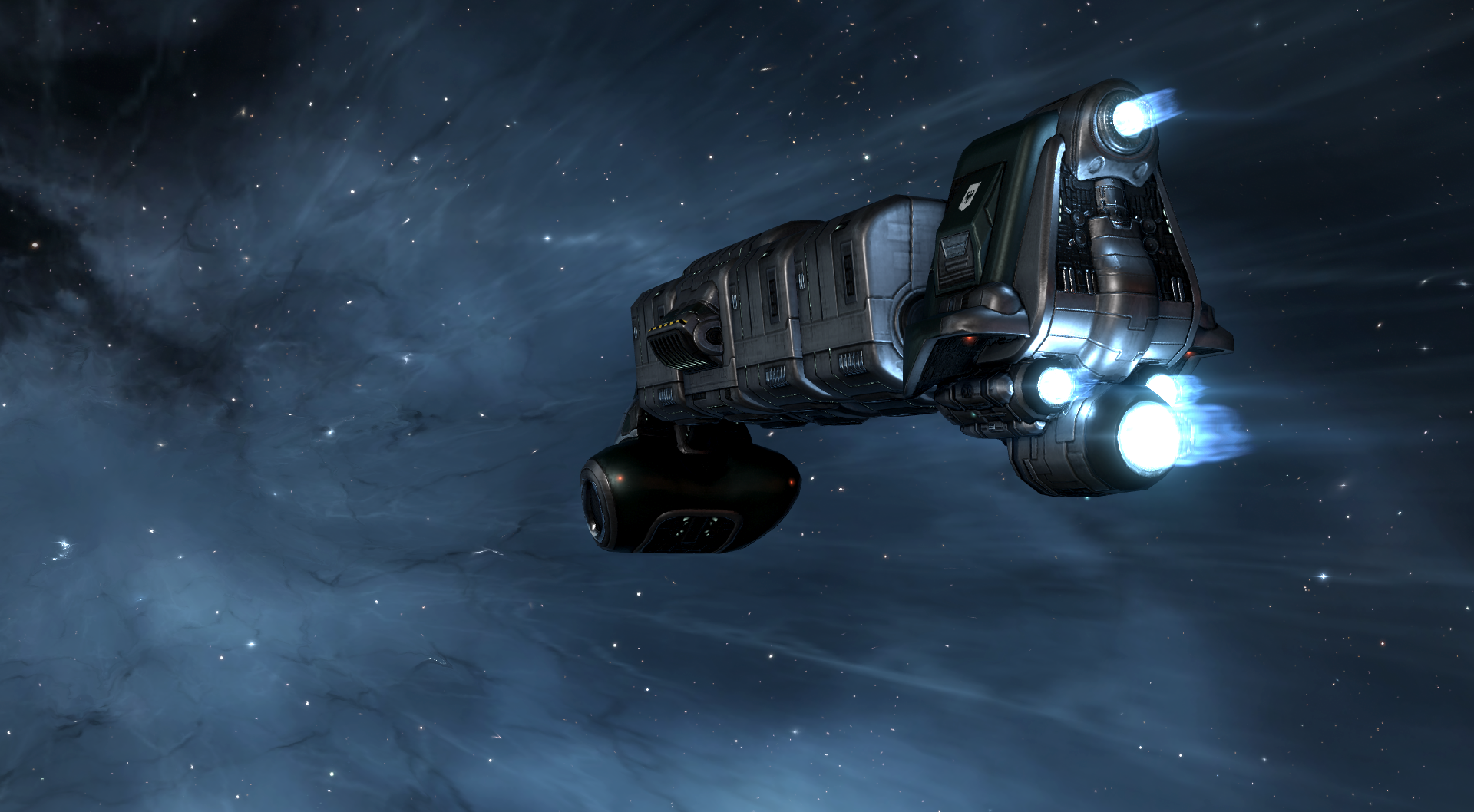 “That is very interesting, Barbz. Could you show me how it works?”, I was now getting interested on how this Planetary Interaction worked.

“Certainly, let’s go to the command center. We’ll have to take the shuttle again”.

After a short ride we arrived at the command center.

“Why the command center have to be separated from the extractor? Wouldn’t it be simpler if they are together?”

“I suppose it would, but I think they designed it this way because there were some fatal incidents involving extractor in the past”, Barbz said while we were entering the command center building.

It was a simple open space room with a desk in the middle of it and big screen filled almost all the wall. On it various graphs and monitoring indicators blinking and flashing.

“Have yourself at home, buddy”.

He walked to a fridge and opened it. I could see it was stuffed with beers and snacks.

“Beer? Or fruit juice?”, he asked from the fridge.

“Very funny. I will just pick beer for you”, he laughed and gave me the beer.

We sit at the sofa and I found out it was very comfy.

“Barbz, I wonder why you have sofa in a remote place like this?”, I asked with a smirk.

“It’s nothing, really. I just like to spend my time for hours here watching the production and imagining the money it generates”, he casually answered and drank his beer.

“Really? And you would just watch the screen all by yourself?”, I teased him because I knew it wouldn’t be his habit to watch graphs and numbers for hours.

“Of course. I wouldn’t bring anyone else to this facility”, he replied seriously but then winked.

“So, seriously. If you look at the screen from the left to the right. There you can see the total CPU and Power generated by this command center. Currently I have upgraded it to level 4. And you can see currently the CPU usage is not high, only 49%. It is the power consumption that is high, now reaching around 80%. Processing water is power intensive process where electricity is used to break down the water into it’s basic molecules, filter it and then condense the Hydrogen and Oxygen into pure water. That’s the basic explanation. You know… school kids stuff”

“Move to the right you see the extractor controller with its extractor heads. We survey the planet for the substance we want and put the heads in place. And then we install the survey program needed for the substance. In this case the ‘Aqueous Liquids’. You can then set how long the program will run. Essentially also means how much area it will survey. Usually I run it for a month. Of course we need to make sure the storage will not be full in a month. You can see the estimated yield on bottom right corner”.

“Speaking about storage, you see now it is at about 40% capacity. And those links you can see they indicate the incoming link from the extractor controller bringing the raw liquids, and then you see several outgoing links, they are the link to the processor units. The processor units are the ones that produce the water. The processor has two links too, incoming, of course from extractor, and then outgoing to the storage”.

“And finally from storage to the launch pad, the platform we were just now”.

“I see. So in a nutshell first it is command center. Providing CPU and Power. And then to extractor with its heads. Install and run the survey program for the amount of time we want. And then to Processing plants to produce the substance we want. And finally to storage and launch pad”, I tried to summarize.

“Yes. That’s about it. The key is to make sure you set the route right between the incoming and outgoing. That’s all”.

“And all of this are automated?”

“Yes, fully automated. Except for transferring the materials to the custom office. I prefer to do it myself”.

“What if there is malfunction?”

“I have maintenance contract. The vendor will receive automatic alert if there is malfunction and they will dispatch team to take a look and do the necessary repair”.

“That’s awesome, Barbz. I see you are a very good entrepreneur here. I wish I could do that”.

“You too can have this business, buddy. That is why I bring you here”.

“But, wouldn’t I become a competitor for you?”

“Don’t worry about it. The universe is vast and even this oceanic planet we are in is so big that the nearest processing platform like this is hundreds of kilometers away. And the market for raw materials are huge. Prices keep increasing because of unmet demands”.

We were silent for some time. I was trying to digest what I had seen so far. This Planetary Interaction looked very easy and didn’t require much intervention.

“Look buddy. I know you are a hard working type of man. And there is nothing wrong with working hard. But at the same time there are ways to generate money smartly, in this case by doing Planetary Interaction. The money is not much for one facility, but if you run several of them, it will become a very lucrative passive income”, Barbz said convincingly.

“It is fully automated. You will just have to visit the facility once a month or any timing you prefer. You can still do things that you want in the meantime. And even if your forget, you can set it to send alert to you when the storage is almost full or full and you can set the whole process to automatically stop”.

“I have been doing this for a two years now and I don’t see any serious difficulties, that is why now I want you to start doing this business too. I have reached my goals of 50 billions income from it and now I am planning to reach 100 billions next a year and a half”.

“And with that amount of money, the universe is the limit of what you can or want to do with your life, buddy. And for sure you will be one of the tops of the food chain”.

“Wow. That is amazing. I’ve never thought of it. Thank you Barbz”. 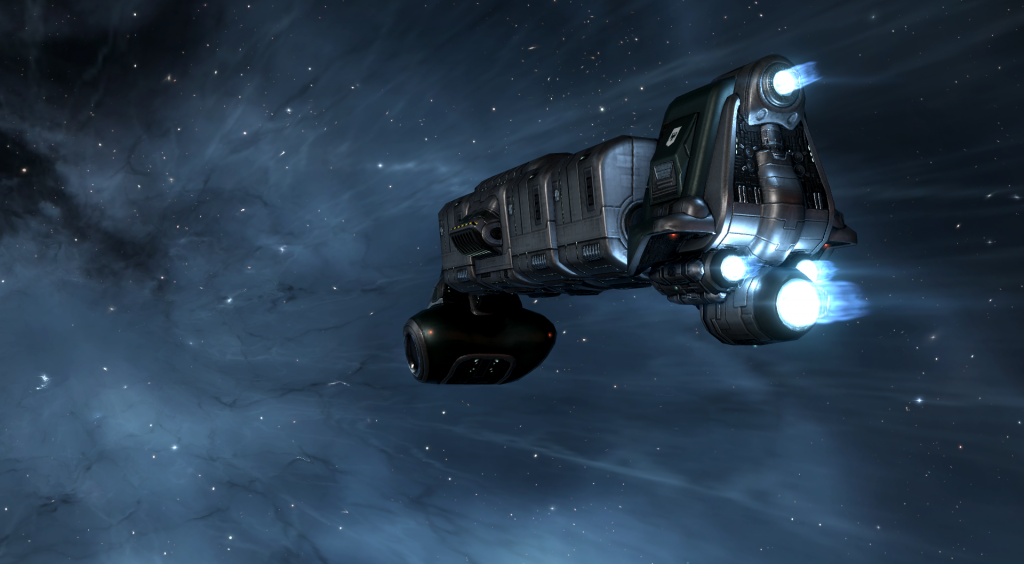