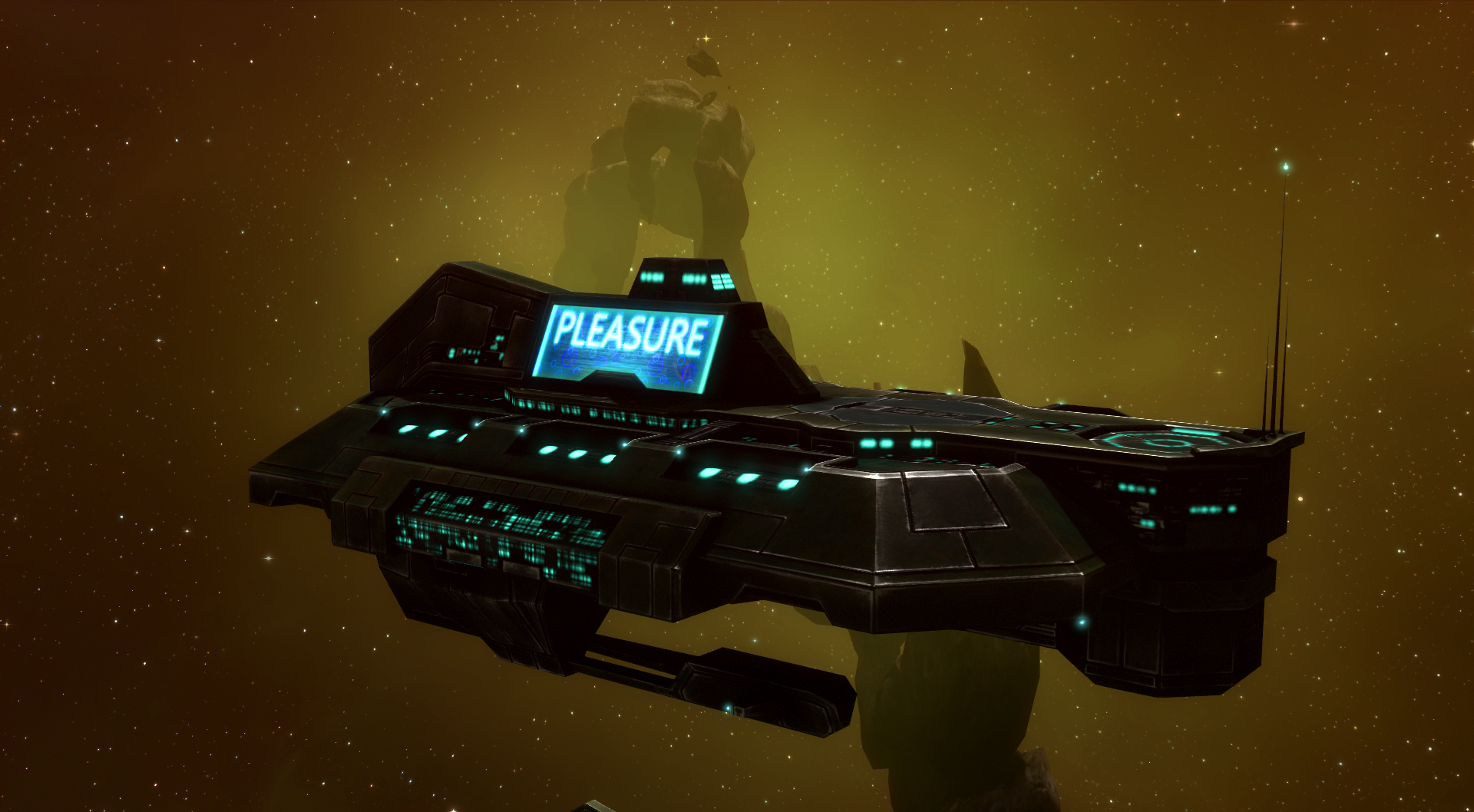 Soon we arrived at the fighting pit lobby. The place was packed. There was only one ring and fighting style, that was freestyle. No weapon of course. All bare fist.

“Well buddy, looks like we are lucky. There is a tournament going”, Barbz was excited. No wonder the place was packed. I watched one of the big screens on the wall. It said it was a yearly tournament with fighters from all over the region.

“Let’s go inside, they are already started”

Indeed, the fighting had begun. The hall was about 200 meters on each side with rows of seat full with people. In the middle was the ring. It was circular with transparent wall.

“Ohhhhhhh!”, the crowd cheered when the bigger fighter landed a big punch on his opponent face, sending him right into the floor. The screens were replaying the slow motion and it sent a shiver to me.

I must admit I liked to watch fighting match, but not freestyle like this. The matches in this tournament could be brutal. It had no referee, no breaks or rounds, no score, and no limitation on how the fighters defeat the opponent. They were allowed to punch, kick, hold, pinch, strangle. Basically any movement and technique you could think of. The match was decided when one of them could not fight anymore. Well of course they were professional and would not kill the opponent, but in the heat of fighting accidents did happen and it was the risk they must take.

Later we found out that big guy was last year’s champion. Well, all of them were surely bigger than most capsuleers. Those fighters were planet dwellers with natural gravity, of course they have well built and strong muscle. Some of them were truly strong comparing to the other fighters because their planets had stronger gravity, making the people relatively stronger comparing to people on planet with weaker gravity.

We spent an hour watching 3 more matches which one of them was a very bloodied fight. The two fighters were equally matched and the fight became a long and cruel duel. Both were visibly exhausted. In normal match they would be able to take a breath in between rounds. But in this fight there was no rest.

“They’re exhausted! Why don’t they catch a breath for few moment. They could try to just walk around each other in the ring”, I said.

“They can’t. In this kind of fighting world, the only thing those fighters have was their honor, and that is to fight till one of them drops. Something bad will happen if they don’t fight honorably. If you know what I mean”, Barbz replied.

One of them charged with a loud grunt trying to grab his opponent waist. But he was too exhausted, the charging was too slow for his opponent. And he could avoided it by moving sideways and strike the back of his head with his fist as hard as he could.

“Crack!”, everyone in the room could hear the harrowing sound from the sound system.

The guy still managed to get up, looked at his opponent, but suddenly he rolled his eyes up and dropped to the floor. Blood was oozing out from his ears. Bell rang and officials rushed to the ring announcing the winner of the match while at the same time paramedics quickly checked and carried the poor guy on stretcher. The crowd were cheering loudly satisfied with the good fight.

“Well, what do you think if we head to the bar? I guess we have watched enough violence for our primal instinct today”.

Amazingly as far as we could tell, only the two of us left the match. Others were still pumped inside the room, we could hear the cheering when they announced the next match.

Anyway, we were glad when finally we entered the bar. We found a nice spot in a corner and ordered our beer. The light was dim and the music was relaxing.

“Ahhh.. nice beer, isn’t it?”, said Barbz after gulping the beer till half of the glass.

“Yes it is!”, I replied. Perhaps it was because of the adrenalin rush after watching the fighting, but I agree the cold beer was really good.

The bar was not the usual bar we would normally see in a station. It was big, as big as the fighting pit. Exotic dancer poles dotted the bar strategically, with tables, chairs, and sofas surrounding it.

“Nice view, eh buddy?”, Barbz winked to me, signaling to the exotic dancer nearest to our table.

“How could you tell?”

“I just know. From her face, her outfit and the way she is dancing”

“Really Barbz?”, I laughed. Although after I think about it he could be right. There was something about the way she smiled and that outfit… Usually exotic dancers would wear very little to no clothing, but she wore a kind of see through dress with golden linings. She was perfect. Well.. too perfect. There’s almost no natural born dancers anymore these days. The competition in the entertainment industry had become too fierce that they raised dancers from clones. Shaping the body and personality according to market trends.

“She’s really beautiful….”, we both unexpectedly said it at the same time. We laughed.

“Nah, you haven’t seen nothing”, suddenly a man who had been seating at a table beside us said.

“I have much better dancers than this place. You are not local, are you?”, he said.

“Look, if you want real exotic dancers, you are spending your money at the wrong place”.

“And where do you suggest we do that?”, I said intrigued by his insistence.

“Depends on how much you could afford”.

“Well, we don’t know you. And we don’t care. It is up to you to convince us”, Barbz said coolly.

“Tough guy, huh? Alright, take this. It has the location of the place”, he handed us a memory crystal and left us.

“What do you think, buddy? Should we go there?”

“Well, my motto is we will never know until we try it”, he insisted.

We flew with our ships to the coordinate and to our surprise there was indeed a little station with an interesting neon sign. It said “Pleasure”.

“Look what we have here. The guy was telling the truth after all”, Barbz said.

“Barbz…. my docking request is denied. It asks for passcode…”, I said.

“What do you mean passcode?”

“It says it will destroy us if we don’t give the correct passcode in 10 seconds!”

“What?! Sh*t you are right! But there is no passcode in this crystal”

We immediately started aligning our ship to the gate but it felt so slow in this kind of situation. Which was true considering we were using mining ships.

Few missiles had hit my Skiff before finally I could go into warp. Although the ship was shaken pretty bad but the shield was holding on.

“Barbz! Barbz! Are you okay?”, I called him through the comm.

“I’m alright buddy. Few more shots and I would be dead. Haha!”, he could still laugh despite his Retriever lost the shield and half of its armor.

“Did we just get scammed?”

“Anyway, do you want to go back to the bar and watch the exotic dancer we saw earlier?”

“Well, I guess we should call it a day, Barbz….”, I said. All this scamming thing made me lose the mood.

“Alright buddy. Let’s go home. But I promise next time we will see the original dancer, okay?”

“And where would that be?”

And there it was. We would remember that day when we were just looking for a nice beer and a bit of exotic dancers, but in the end it didn’t really go as planned. We called the day as our Aunia incident.

And we vowed not to be scammed again, ever. 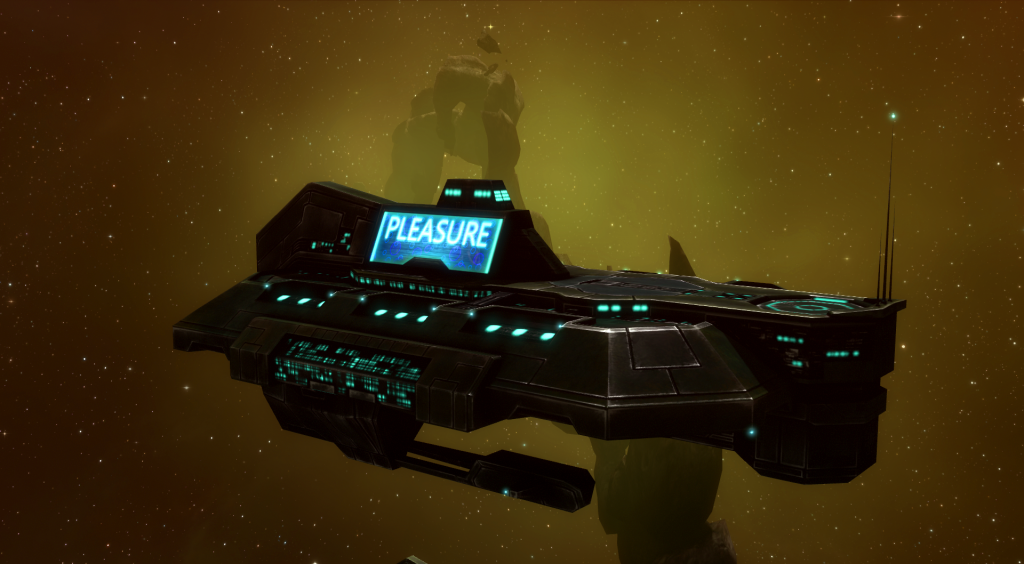