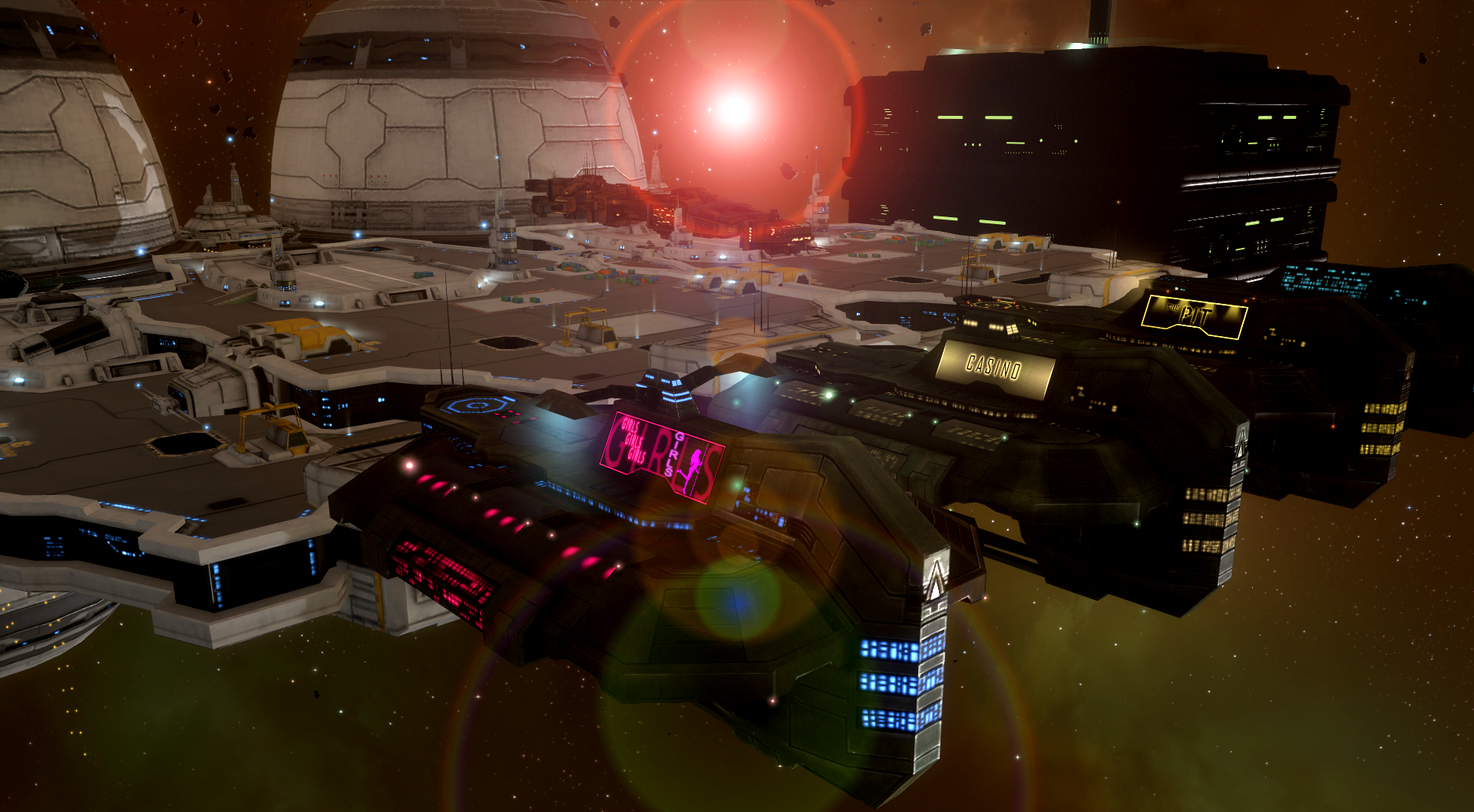 “I’m full!”, said Barbz over the comm. What he meant by full was his Retriever ore cargo bay. We had been mining for few hours. My Skiff was full earlier some time ago because it had smaller ore cargo capacity.

“Well, the night is still young. How about if we go somewhere else?”, Barbz countered me.

“Well, you owe me a drinks, buddy”

“Of course. Any particular bar do you want to go?”

“Let’s go to this bar just outside Aunia system…”

“Aunia? Are you sure there is a good bar there?” It took me some moment trying to remember if there was a good bar in Aunia. As far as I knew there was none. Unless….

“Where else could it be? They have the best cold beer in the region and….. exotic danceeeers! Haha!”, Barbz said it in a dramatic way which only added my concern.

So we went. Along the way I was feeling nervous. The place we were going was called ‘Secret Cave’, which didn’t make sense because despite the name, there was nothing secret about it, it was a popular place among travelers, miners, and…. criminals!

Aunia was a high security system of course, and normally there would be nothing to worry about. Patrons would enjoy the beer and had a good time. But every now and then there would be fights, which would still be fine. Unless if the fight involved criminal gangs. Some of the gangs were basically a group of psychopath that were not afraid of the police and would do anything to satisfy their destructive mind.

After several jumps we arrived at the place. It was actually a complex of hangars, habitat modules, a green house, a small medical facility, fuel dumps, casino, fighting pit, and of course the bar. It even had its own sentry guns located strategically around the complex. I guess whatever made the management of this place worried to put such precautions, it was always good to have something more to defend the place.

We made sure that we really secure our ships by activating its AI into guard mode. With this mode enabled the ship would not open its door and even would not fly without authorization code from the intended pilot. Usually we didn’t have to do this, but at place like this we had better be extra careful.

I followed Barbz exiting the hangar and then to the security gate where we were scanned for weapons and other forbidden items such as cyborg arm. Well, I guess having a cyborg arm was considered dangerous because the man could cause serious harm with it. I just couldn’t guess what the guest would have to do to enter the complex. Dismantled the arm?

We then entered a big hall or lobby if you would. It was huge actually. The ceiling was up to 100 meters high. Advertisement screens were everywhere, promoting various entertainment and services that the complex offered. The entrance from the security gate was right in the middle of the lobby. We were looking left and right and distinct arrows and signage were there to inform guests where to go to different entertainment such as the bar, fighting pits, and casino.

“Here we are buddy. Shall we go to the bar?”, Barbz said with a raised voice because the place was quite noisy from all the advertisement and people talking all around us.

“Well, on second thought let’s go to the fighting pit first. It’s been a while since I saw some pro fighters. Follow me!”, he led the way to the left.

“What do you think?”, he asked while we were walking among the crowd.

“Amazing place. I see they have upgraded the place with modern technology now”, I said. I had visited the place few times. But it was so long time ago in my younger days. At that time the place was much smaller and simpler.

“Yeah business is good for this place. Those Gallentean kids must be spending billions of credits at this place”, Barbz pointed to a group of young men. By the look of them he was right. They were definitely Gallenteans and certainly came from wealthy family. The way they dressed and so-obviously few bodyguards around them really showed who they were.

Arriving at the entrance of a huge corridor that led to the fighting pit, we could choose several methods of transportation. We could walk normally, which could take about 45 minutes, or we could take an open air train which would take around 10 minutes, or lastly we could use travelators which would take around 20 minutes. We decided not to take the train because we would like to enjoy the scenery. The left and right of the huge corridor were shops and cafes which offer every goods and meals you could imagine from the entire 4 empires of the world.

Since we just wanted to enjoy the scenery and not for shopping, we decided to walk on the travelators. It was a clever and unique way of transportation. The travelators were divided into 2 categories. Normal – Fast – Normal. So people first could take the travelator with normal speed. And then step on the fast one if they thought they wanted to travel faster.

They hadn’t had this travelator when I was here long time ago, so now it was a unique experience. I was not sure how to do it, so I began watching Barbz. First he walked normally beside the travelator and then kind of put his right leg stepping onto the travelator followed by his left leg. Well that was easy. I managed to follow him on the normal travelator.

“Haha, yeah it is quite funny”, Barbz also laughed when he saw that.

“Here is the proper way to do it, buddy. Watch me”. 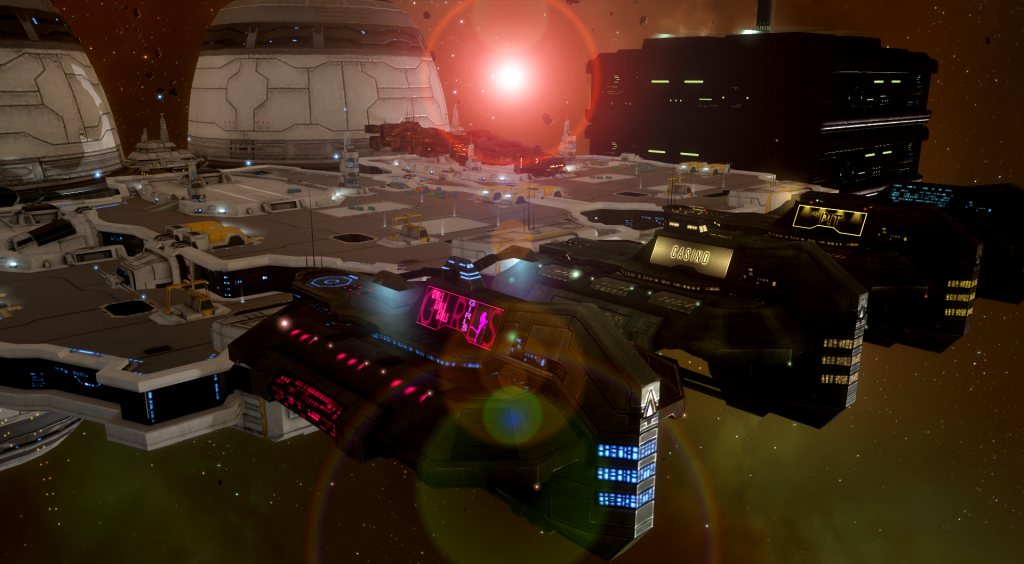