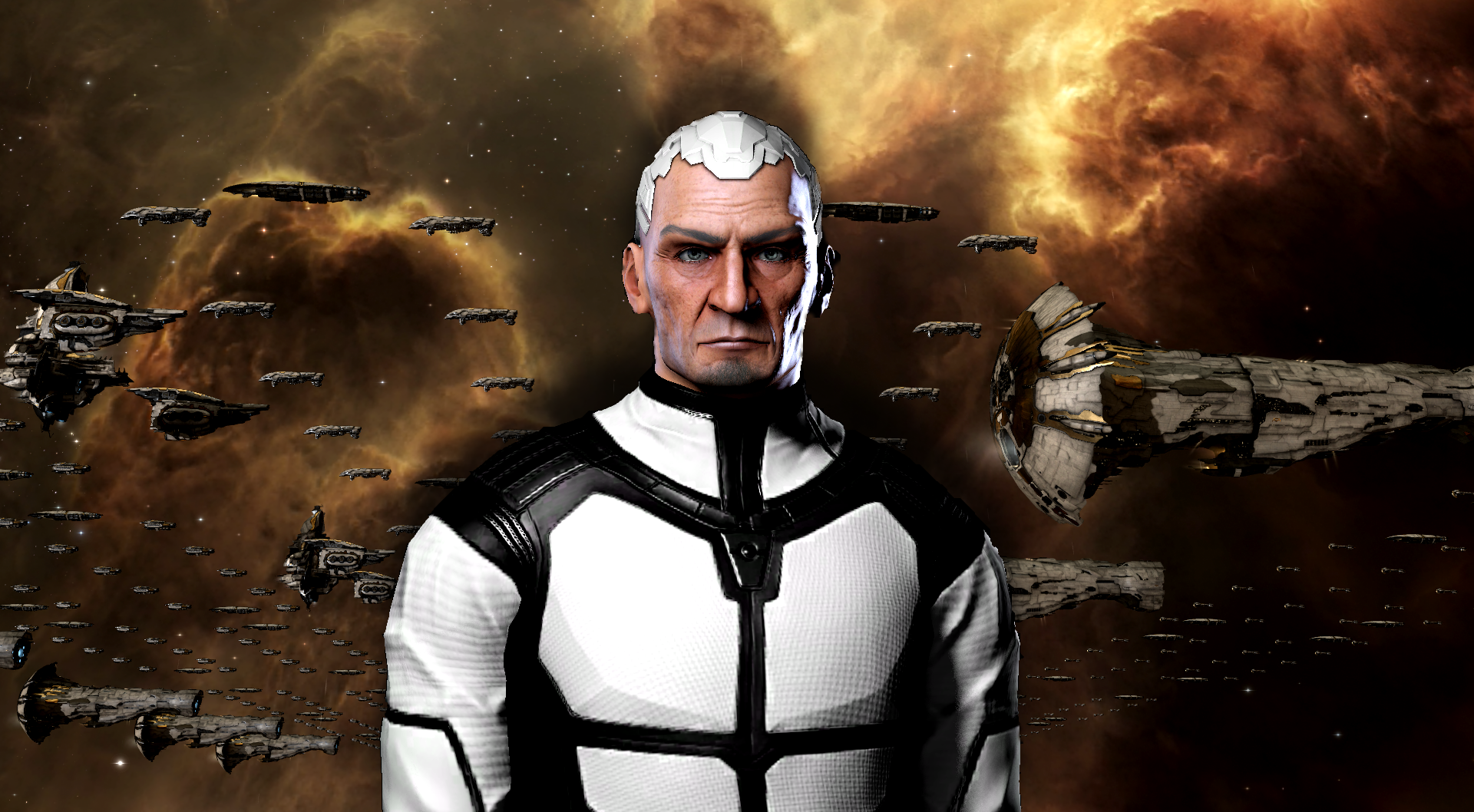 Dom Arkaral sat beside me and the Minmatars that I rescued. I felt quite honored because somehow I was seated in the front row.

“I know what you are thinking”, Dom said to me. He lowered his voice.

“Yes, they are slaves. Or should I say were”, he continued.

“His Holiness wants to thank the people like you who have rescued slaves from their unjust misery and hopelessness. They are brought here to be His and therefore under His protection. His Holiness has around 30,000 ex slaves under his protection”.

“I did not know so many people rescue slaves”, I said looking around.

“Oh there are. But you are special”, he said.

“Me? Special? Why?”, I said dumbfounded.

“Yes because almost all the rescuers you see now are professional. They get paid for each slave that they rescue”.

I couldn’t understand why they did that but I didn’t dare to ask more question. The question could be too sensitive and I didn’t want to offend him.

Suddenly the podium became bright and I could see a man walked towards it accompanied by a female officer dressed in Teal and two male guards with teal armbands. The famous teal guard that is the personal protection of the Pope.

We all stood up and said in unison “Peace be with you, Your Holiness”.

It was silence for a moment, and then…

“And peace be with you, my friends. We gather here again to celebrate the freedom of our brothers and sisters from the misery of slavery. You have been born again and from now on nobody owns you except yourselves. You are now free to choose your own destiny”.

I forgot not to stare at the Pope because I was so mesmerized by the atmosphere of the room, all the lights and decoration, and… his voice. His voice was commanding and yet so soothing at the same time.

“And to you men and women who have selflessly risk your life to save others, I thank you truly. There is no greater love than someone who is willing to die for his fellow human. No race, political view, or beliefs that can deny that love. And now go my friends. Spread the love with your heart and your laser!”.