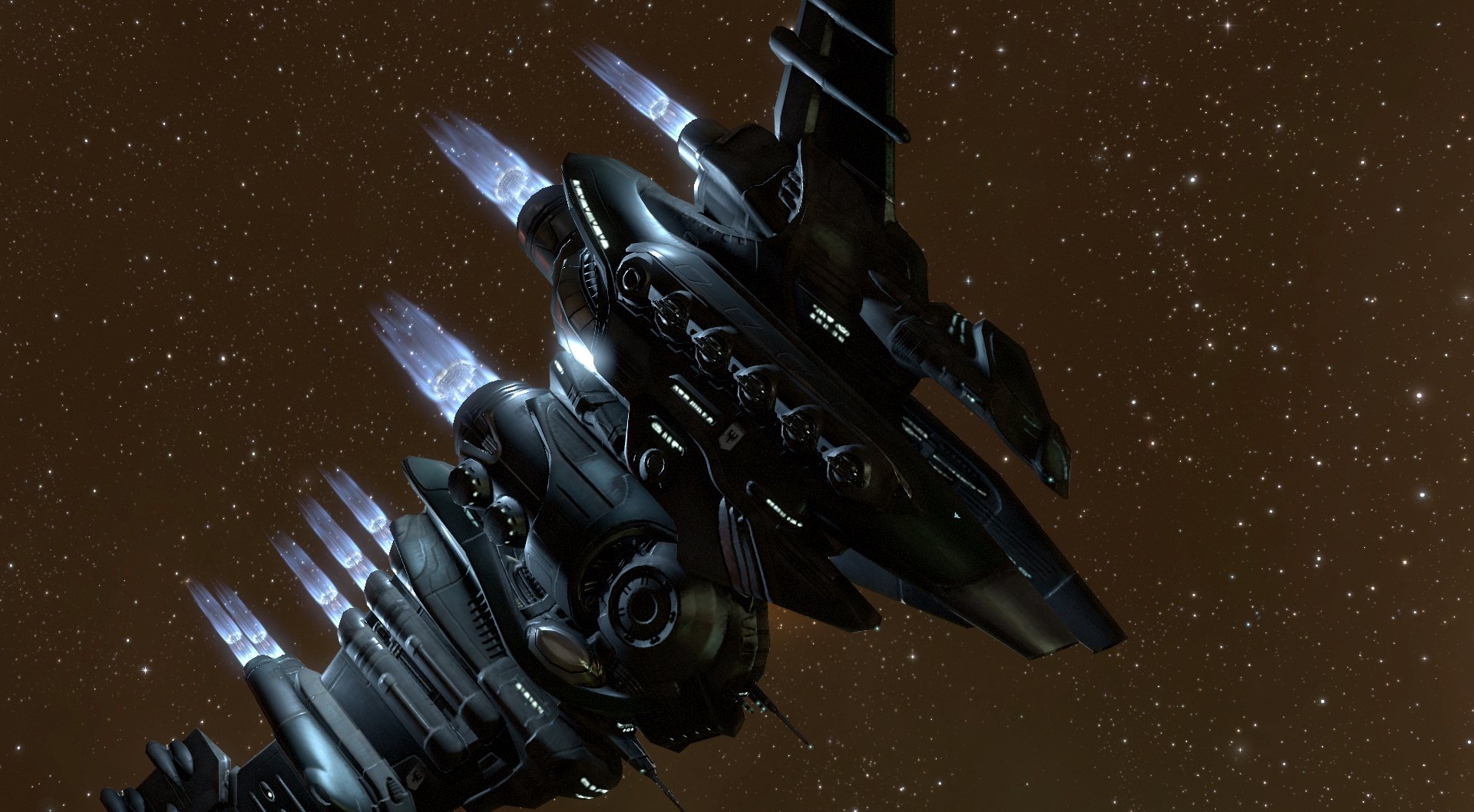 I woke up in my home station’s clone bay facility. What happened? Oh, right. I was killed just now.

“Welcome back. We are pleased to report that there was no issue with your clone activation”, a medical staff attended to me.

“Ughh…”, I felt dizzy when I tried to get up from the bed.

“Don’t worry. It is normal as you lost your implants. Your brain needs time to adjust without it. Please take it slow for the moment”, the nurse said.

Staggered, I went to my room. I saw a message waiting on the comm, it was from Barbz. I immediately called him.

“Barbz! Are you alright?”

“I’m fine, still adjusting myself without the implants”.

“LOL me too. Listen, I am 20-ish jumps away from you. I think I will stay around here for some time before I visit you and son. Got some errands to do. And I’m sorry again for the loss there”, he said.

“Don’t worry about it. You take care ok?”

After that I could not help myself not to go to bed. Strange I felt very tired. As far as I knew it should not be like this. I fell asleep in no time.

A few hours later I woke up. And fortunately I felt very refreshed and… starving! I ordered a big sandwich and dark chocolate cakes. I felt great after eating. It was already past midnight.

I looked at myself in the mirror and even though I ordered the clone to be shaped exactly like my physical appearance, I could tell the clone looked fresh and younger! I wonder if my son would notice it. I hope he wouldn’t, I didn’t want to make him worried of me getting killed.

I sat in my home office and check my mails. I got an email from the insurance company on the payout for the Astero. It didn’t cover the whole ship and its fittings but at least I recovered some of the 60 millions ISK of the Astero.

And then there was a mail from the SOE agent, asking me the progress of the mission.

I decided to call the agent.

“Hello there! Are you alright? I was getting worried when there was no news from you”, he said on the comm.

“Ugh, yeah I am alright. I just got a little technical difficulties at the moment”, I managed to find some generic excuse. I hope he bought it.

“Are you sure? I hope you are not canceling the mission”, he looked at me sharply. Well, I couldn’t blame him. Being a mission runner required commitment and trust. It would be considered very bad for canceling a committed mission.

“Yes I am sure. I will be on my way to finish the mission by tomorrow’s afternoon”, I said. Which I regretted it immediately. I forgot that I would still have to travel there and do the mission, all the while avoiding killers in that lowsec location. But I didn’t have any choice. A promise was a promise.

I right away fitted my Myrmidon with fresh drones and ammos and began the long jumps. I arrived at the lowsec location early morning and to my surprise there was nobody in the system. What a luck. I quickly warped to the location of the criminals. The mission was to rescue a Gallente reporter abducted by local slave traders.

I was surrounded immediately by them once I landed on the grid. However this time I kept my distance from them and let the drones did the killings. I wanted to preserve my shield as much as possible just in case some wanted criminals appeared.

I admired the slave traders ferocity but their ships were no match for my medium drones. They kept sending reinforcements but wave after wave were destroyed fairly quickly by my drones. They never managed to approach my ship.

But then multiple dots appeared on my screen, they were bigger dots which mean they were cruisers and they were… Amarrian Royal Navy?

“Stop interfering with the Empire’s matters, you Gallente scum. Prepare to die!”, the command ship hailed me and hung up.

I never thought this mission would involve Amarrian Royal Navy. And my drones began to have difficulties destroying those cruisers. The enemies were getting closer and I began to feel the Myrmidon shook every time it got blasted from the Amarr guns. 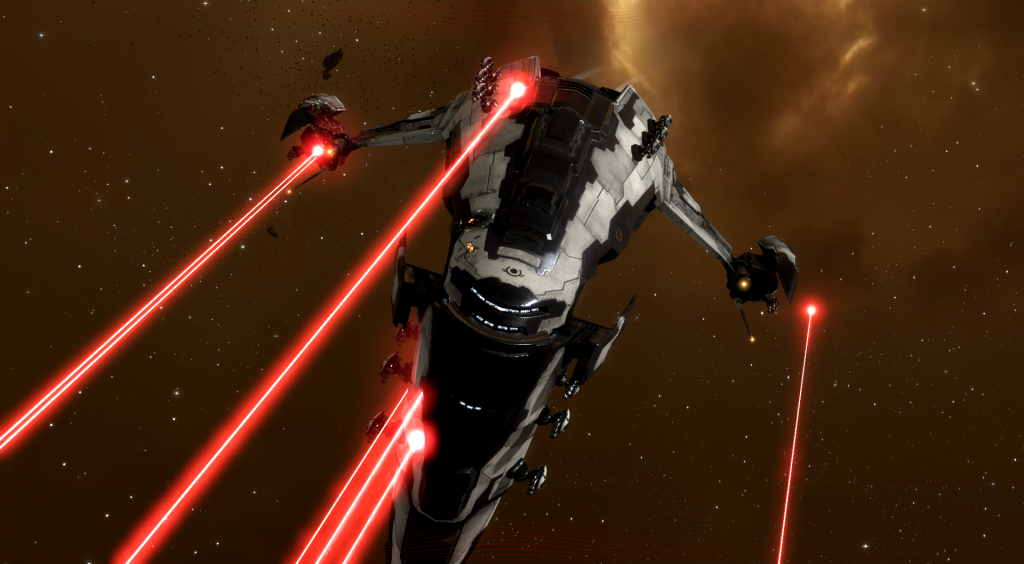 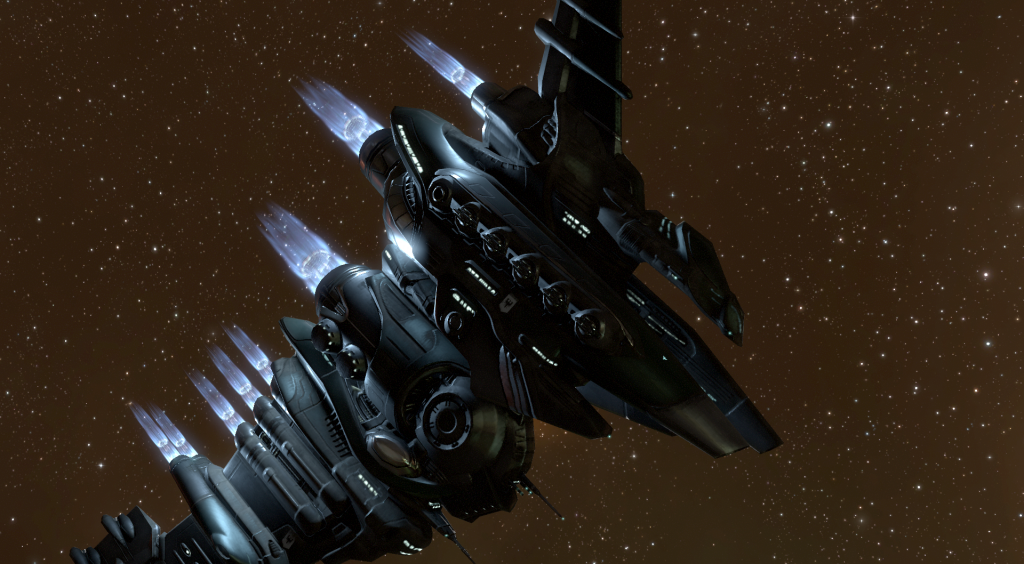