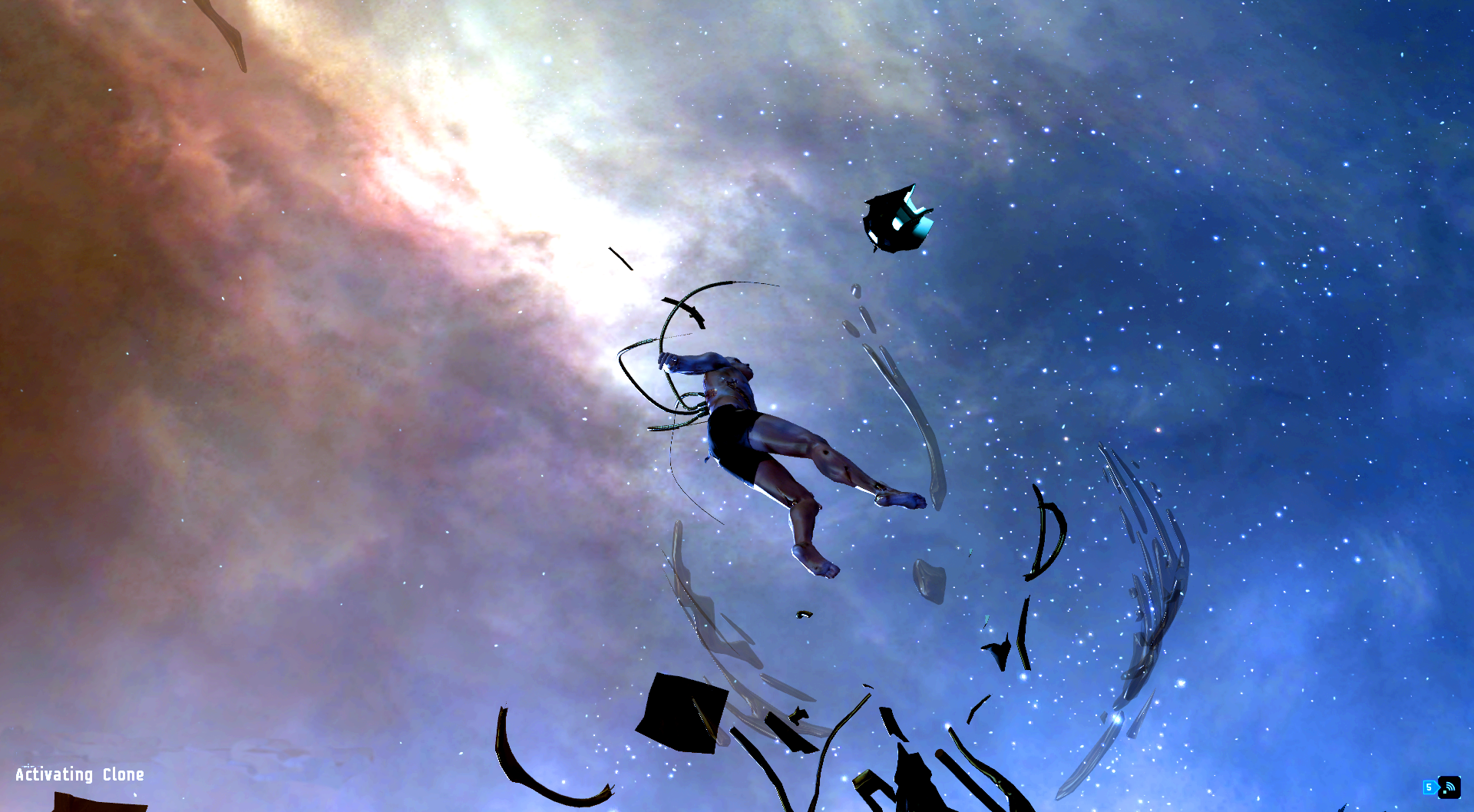 I went in into the wormhole first followed closely by Barbz. After a brief moment we arrived at the other side. It was a 0.2 lowsec system. I quickly bookmarked the wormhole exit in the computer.

“Don’t forget to bookmark the exit, Barbz”, I radioed him.

Then on my screen I could see that there were two other people in the system. I ran the dscan but couldn’t detect anything. Then I checked on their bio.

“Barbz… I think we shouldn’t stay here too long”, I said to him.

“Those two other people they are wanted criminals”, I said and the same time keep scanning the area. I launched the drones as precaution.

“Alright, let’s just stay here near the wormhole. I want to try to scan for mining. It won’t take long, you keep your eyes open ok?”, he said.

“Ok”, and I stayed beside him and keep scanning the area. But there was nothing. I could cloak myself but Barbz couldn’t and I would feel bad if I left him exposed by himself. So I stayed uncloak.

“Are you done yet?”, I asked him. A minute had not pass but to me it felt like an eternity.

“Not yet, hold on”, he said. I could imagine he was still trying to adjust his scanner probes.

“Are you done yet?”, I could not help myself asking him again after 20 seconds.

“Do you see something?”, he asked.

“No, but I have bad feeling about this. I say we should go back right now”, my intuition said the emptiness on my scanner was not right. And those two people had really a bloody record in their bio database. I was hoping they were away or sleeping, because I was sure they would have noticed us in this quiet system since it was only the 4 of us.

“I really think we should go now, Barbz…”, the bad feeling I had was too much for me to hold on it anymore.

“Sigh, you are right. Let’s go buddy. Let me just recall the probes”, he finally agreed.

And so did I, I recalled my drones and hit the ship thruster toward the wormhole when suddenly the ship jerked to stop.

“Sh*t!”, I realized someone decloaked behind me and webbed me. I quickly launched the drones and began targeting him. But at the same time he had begin pounding my ship with his blasters.

“Damn it Barbz! LOL”, I radioed him one last time and I could see my shield and armor were gone rapidly. I knew I would not survive for the next few seconds.

“I’m sorry Buddy… LOL”, his radio crackled from all the blasting around us. Someone else was attacking him too.

We both died laughing when our ship exploded and the capsule immediately began the emergency brain scan when it detected breach on the capsule. 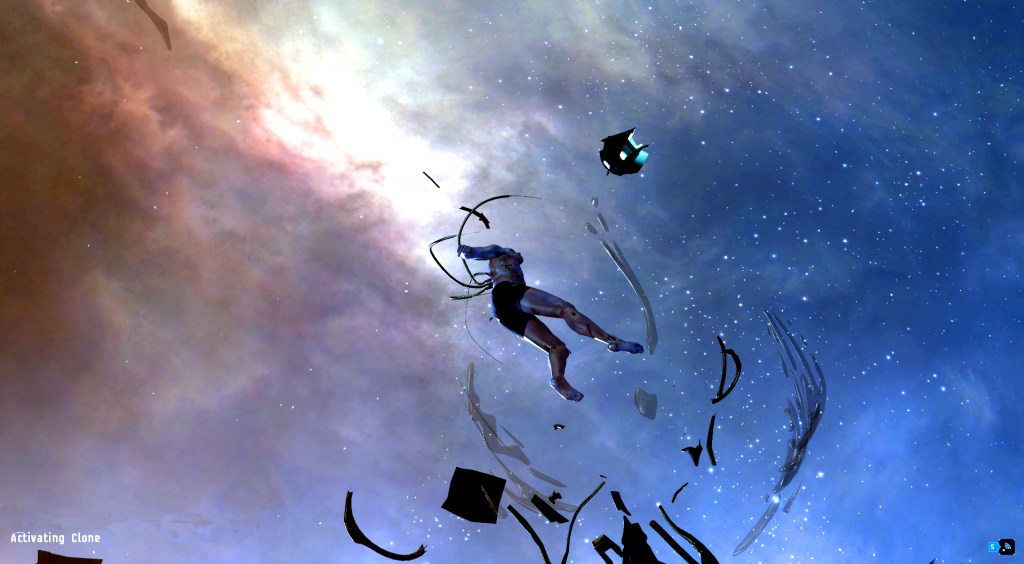