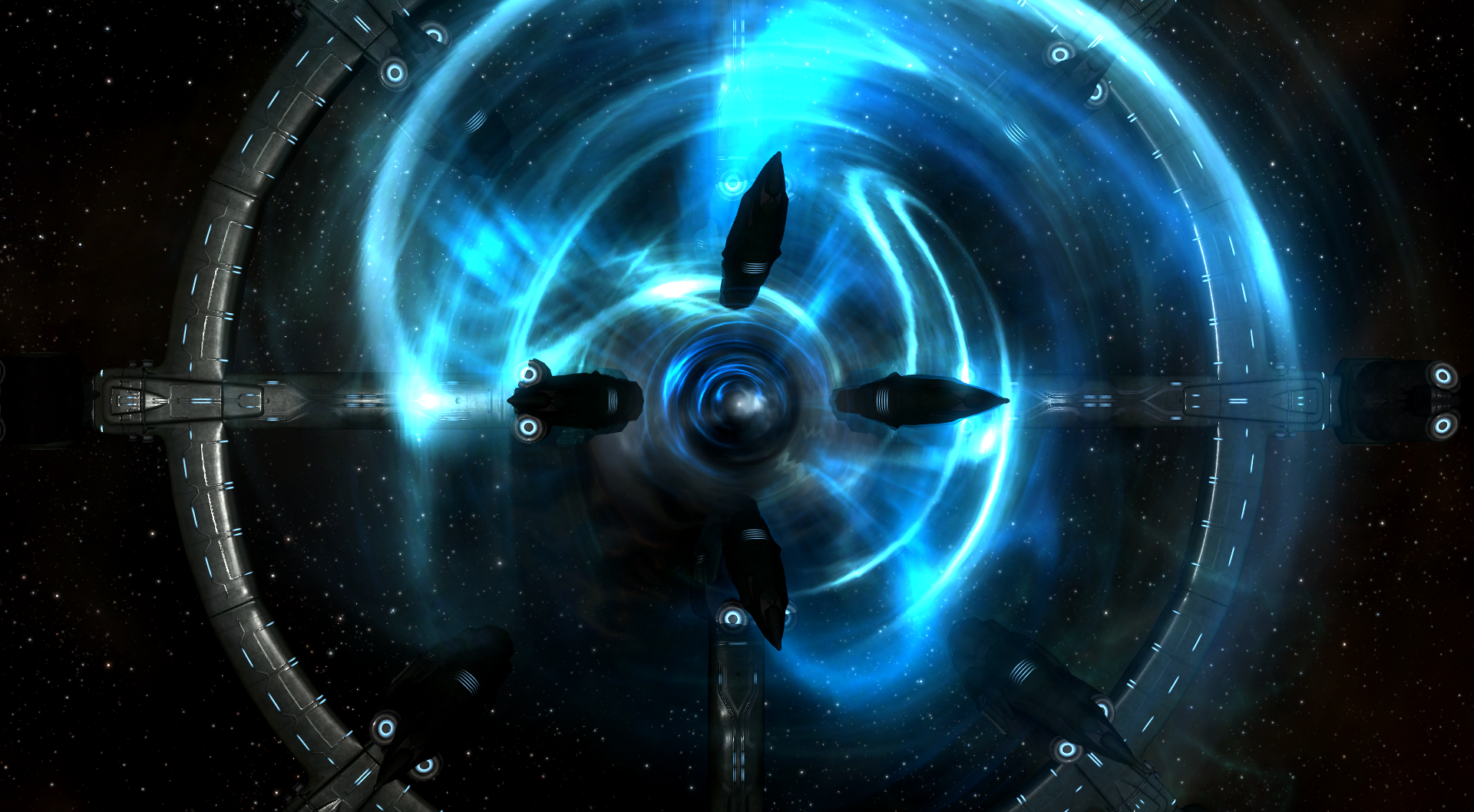 “Ding! Ding! Dong!… Ding! Ding! Dong!… Bzzz..! Bzzz..!” “Ding! Ding! Do..” Huh! I woke up startled by the alarm and quickly turned it off. I looked at the screen it was 5am. Which meant I fell asleep for about 2 hours after stayed awake whole night. Yesterday I decided to keep my ship in this hidden position and watched the area for drifters. Only 1 group of drifters flew passed by from somewhere. Yawwwnnn! I stretched my body. I felt dead tired. The thing with travelling in space was our body circadian rhythm became messed up. So many time reference. The traditional one was of course the planetary time. Although each planet had different length of day but it was easy to divide the planet into several timezones. The same thing for Space Station, it had its own rotation and some advance station even had artificial light that mimic natural day and night. On a larger scale the governments of empires of New Eden had been trying to establish a “universal time” across New Eden. With standardization of time it would be easier to conduct trade and business among the empires. However this nobel intention required huge financial expense and political will, which in reality difficult to implement. As the result most traveler just chose to adjust themselves to the local time or ignored it completely if they were only passing by.

For those who decided to adjust themselves most resorted to drugs or implants to quickly force their body rhythm to the local time. Personally I had always avoided those drugs because depending on the person, they might have unpleasant side effect such as aggressiveness and increased tendency for violence.

“Growwwllll” I heard my stomach making noise. I laughed because I could hear it quite clearly in this quiet environment. I opened the ship emergency ration. It was a power bar about 10cm long. I took a little bite and I could taste a mix of peanuts and raisin. Of course it was all artificial flavoring because there was nothing natural about the ingredients. It was all chemical designed to taste like peanut, where the main purpose was to give the most optimum energy for the body. But it surprisingly tasted good. I took another bite and I could tell the taste changed like meat. Nice! Whoever designed this power bar was genius.

After breakfast I felt fresh and energized. I completely forgot to try to save the ration. It was so good. Anyway I uncloaked my ship and quickly launched scanner probes. Soon after I saw several anomalies on the screen. I saw 5 combat sites and two dozen cosmic signatures. So many cosmic signatures, which could be wormholes. This wormhole system could be a central or major intersection of wormhole space.

What should I do? I decided to investigate the combat sites first because I might never visit those sites anymore after I jump into one of the wormholes. Still cloaked I warped to the nearest combat site and I saw a huge station. It has an eerie bluish glowing cloud around the center. I didn’t dare to approach it further.

Then I warp to the next site. It was a huge asteroid with some kind of structure on top of it and an even bigger structure beneath it. The asteroid seemed to be hollow with one side of it blocked by a round rock. I wonder what was inside the asteroid.

Next I warped to a ring like structure with a globe of energy in the middle. It was glowing as if going to explode and the rings kept it stable. A gate? I really didn’t know what it was. Next I warped to a site where what look liked a forest of stone. I wonder if that thing was alive. Scattered all around it were several ship wreakages. Big ships. Cruiser class perhaps.

Lastly I warped to the most fascinating site of them all. It was a wormhole with a massive gate around it. I uncloaked my ship for a moment and quickly scanned it. Indeed it was a wormhole! But a violent one. I heard stories of people tried to enter a violent wormhole and nobody heard about them anymore, they went and never be seen anymore. I was very tempted to try my luck.

The wormhole was beautifully glowing and pulsating, more less like the EVE-gate and… it had a gate on it! Could it mean the drifters were able to use it? Where would it go? Could the drifters somehow manage to uncover the mystery of the EVE-gate? Could it be the reason why there was Sisters of Eve flotilla in this system? I felt dizzy. So many new questions appeared on my mind. So many what ifs. I was contemplating so hard. Rather than scanning for normal wormholes which might go to somewhere in the known space, wouldn’t it be better if I enter this drifters wormhole instead? But it was a violent wormhole. The ship and myself might not survive it. But what if I waited to see if drifters would go into it and I quickly followed? Ah! I couldn’t decide! 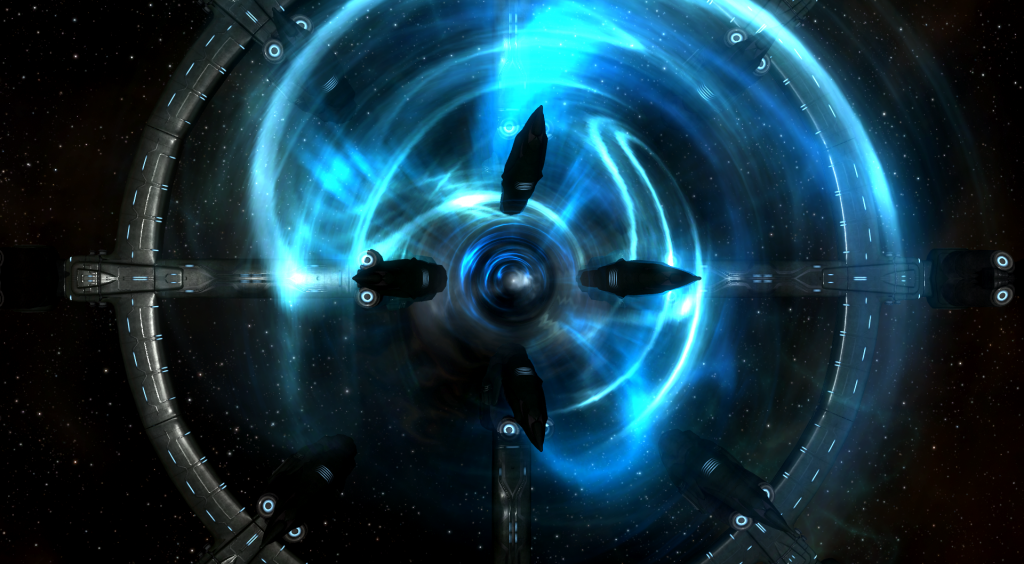 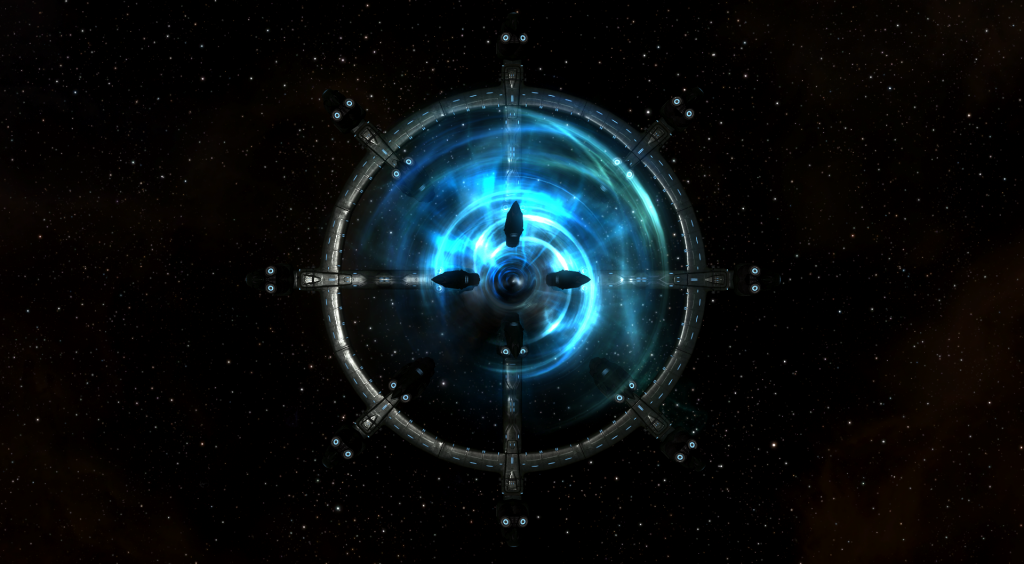 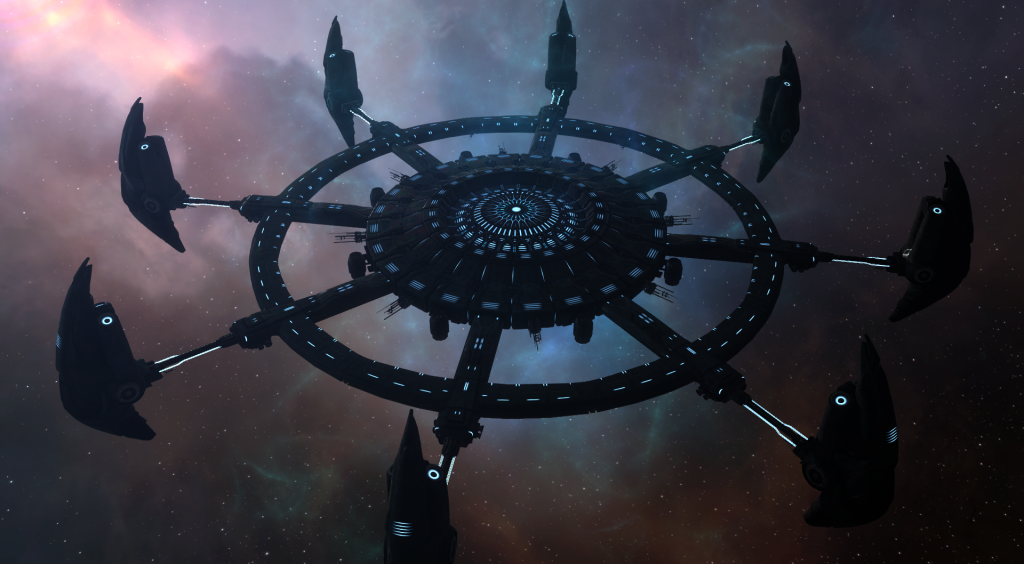 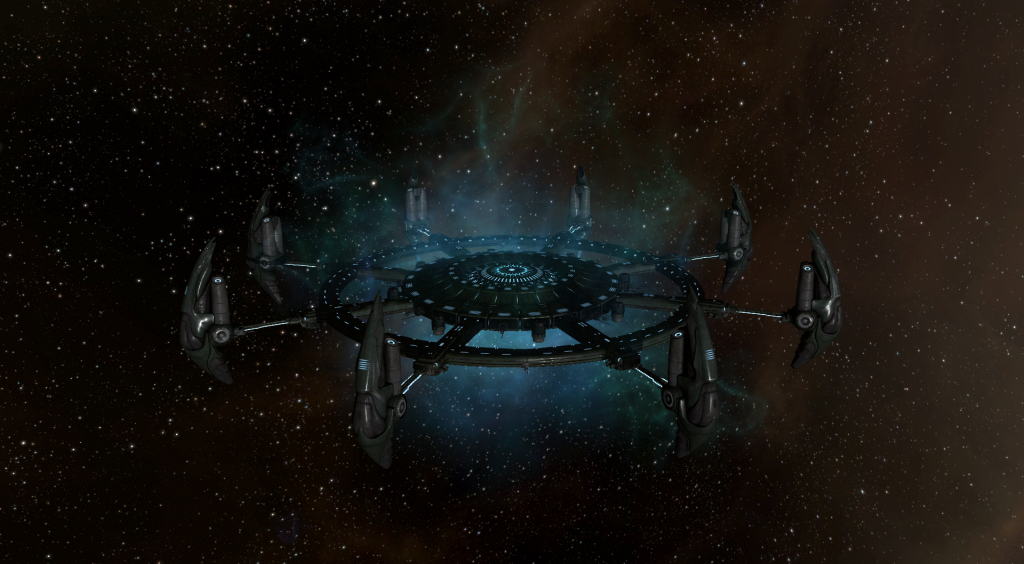 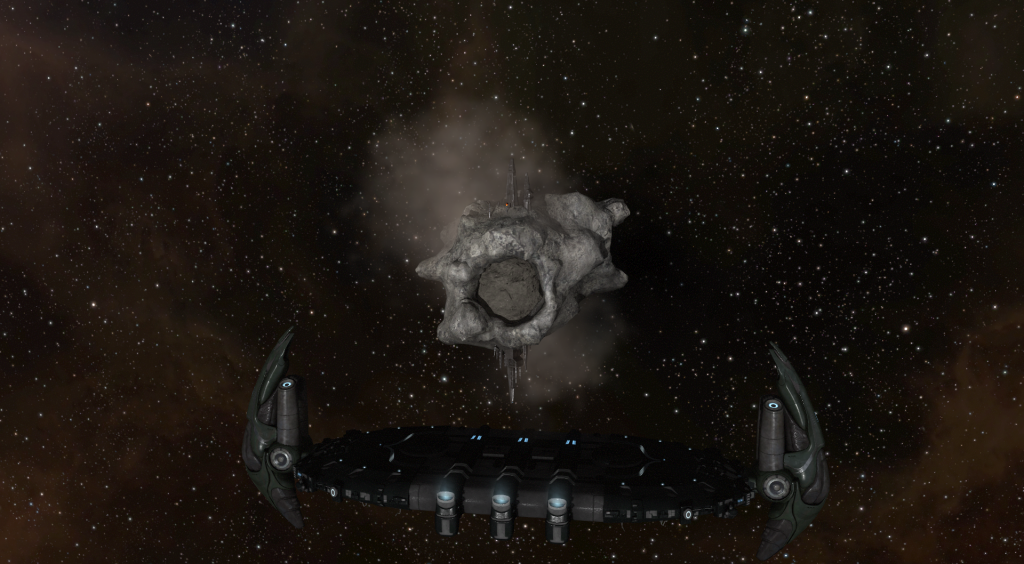 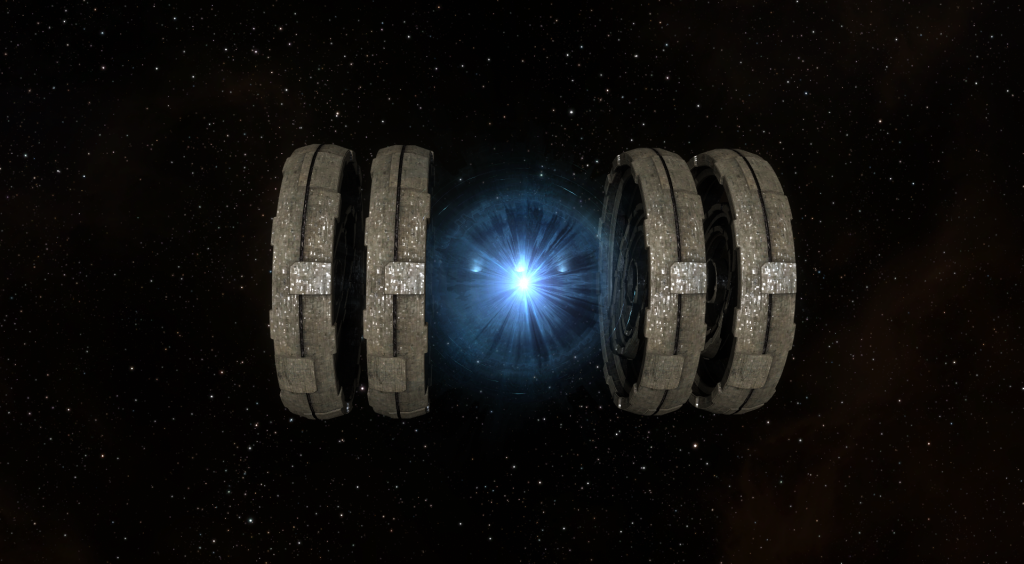 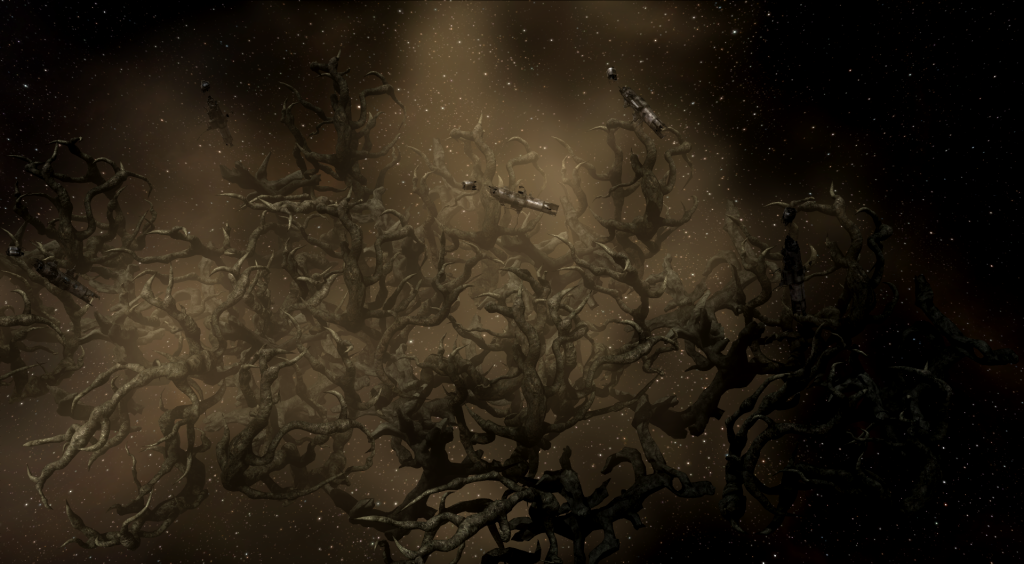 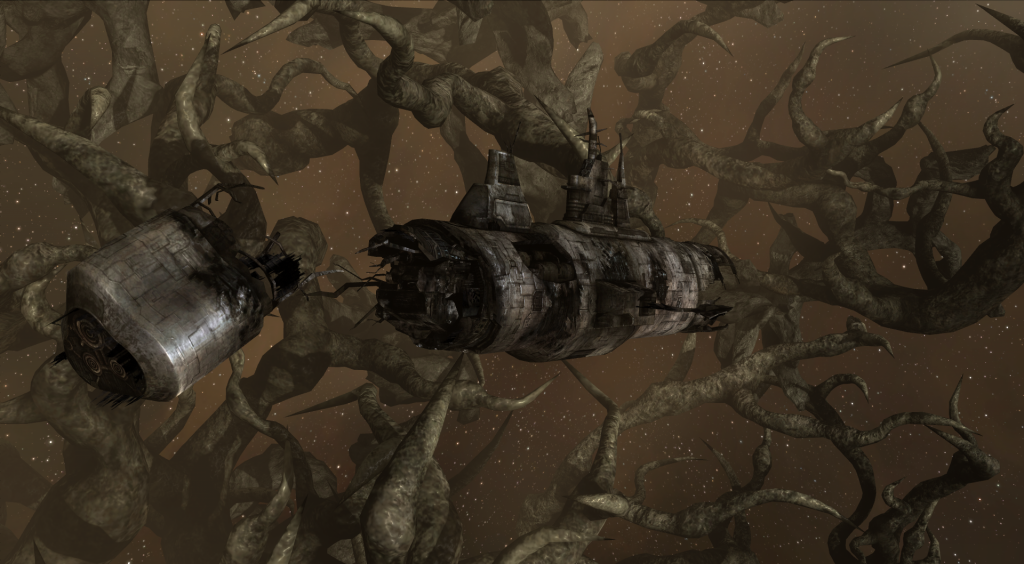