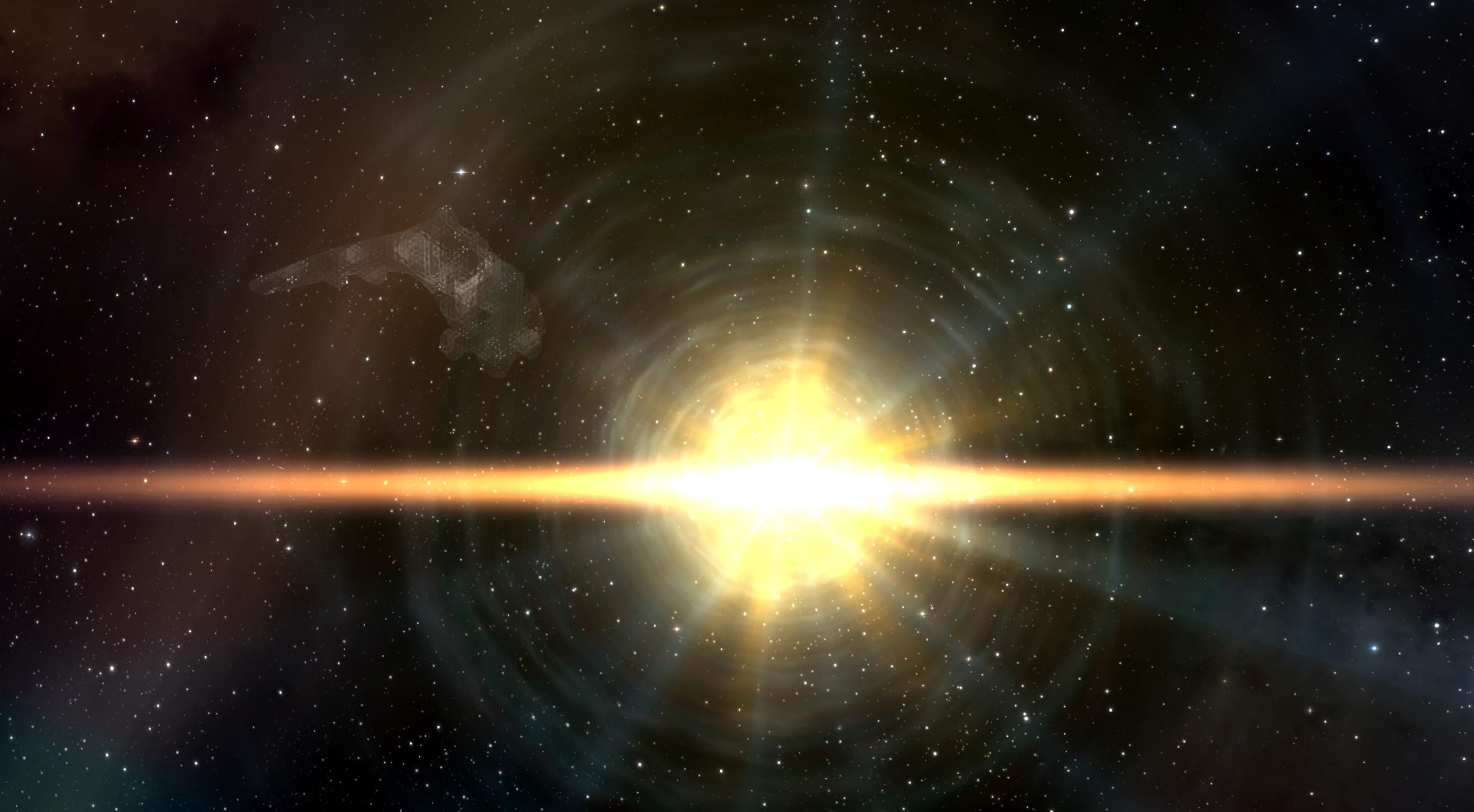 My guts feeling was correct to rent an Ares. I saw several warp disruptor bubbles on the way. Although I also thought I was lucky because the route was surprisingly empty. Anyway, I had finally arrived at this location. The EVE-gate. The place where all history began many millennias ago, or should I say the legends, or even myths. Because nobody really knew for sure what happened or what it was. The radiation and magnetic storm was too dangerous for any ship to get close to it. For believers it was the gate to heaven. God lived on the other side of the gate. Recently there were growing number of starship captain who chose not to maintain a clone. They wanted to grow old and die naturally in the hope of going to the other side of the gate and meet God. Personally I was not a religious person, I considered this journey as a philosophical pilgrimage. Was there really a gate? If there was a gate, where did it go? Who lived there? “You’re being silly! It is just a natural phenomenon. Nothing special here”, part of me told myself. Indeed it looked similar like other wormhole.

But I had got to say it had a strange ambiance about it. The pulsating light and all. And don’t forget people believed the Jovians were so technological advance because they inherited it from the “ancient people”. And there were stories from travelers that they saw some remnants of the ancient civilization around Eve system but nobody else saw it because the Jovians cloaked them. In the end I didn’t get any answer to my questions from visiting EVE-gate, but I had feeling of joy and accomplishment from what I had seen and experience. I looked forward to my next destination. 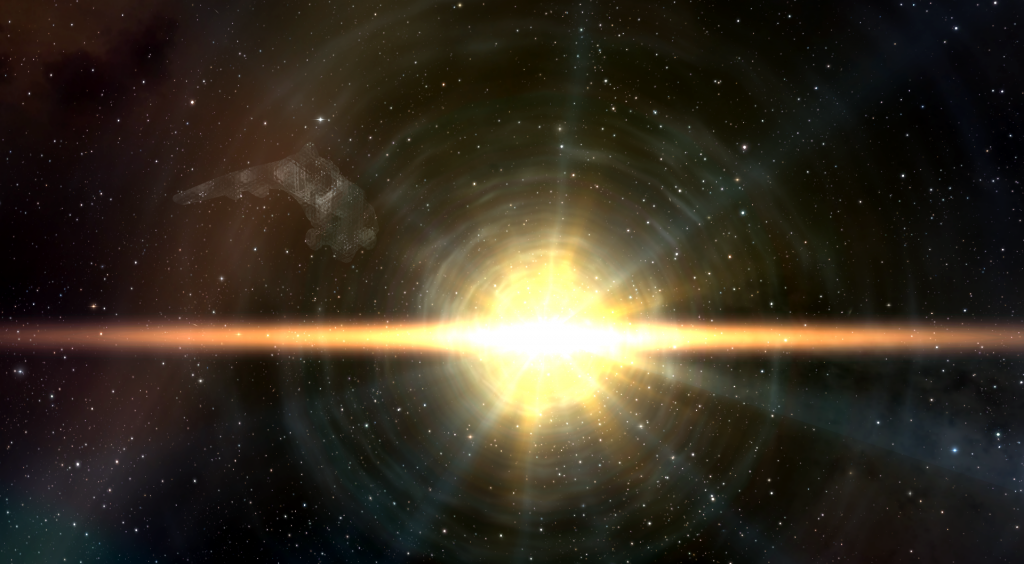 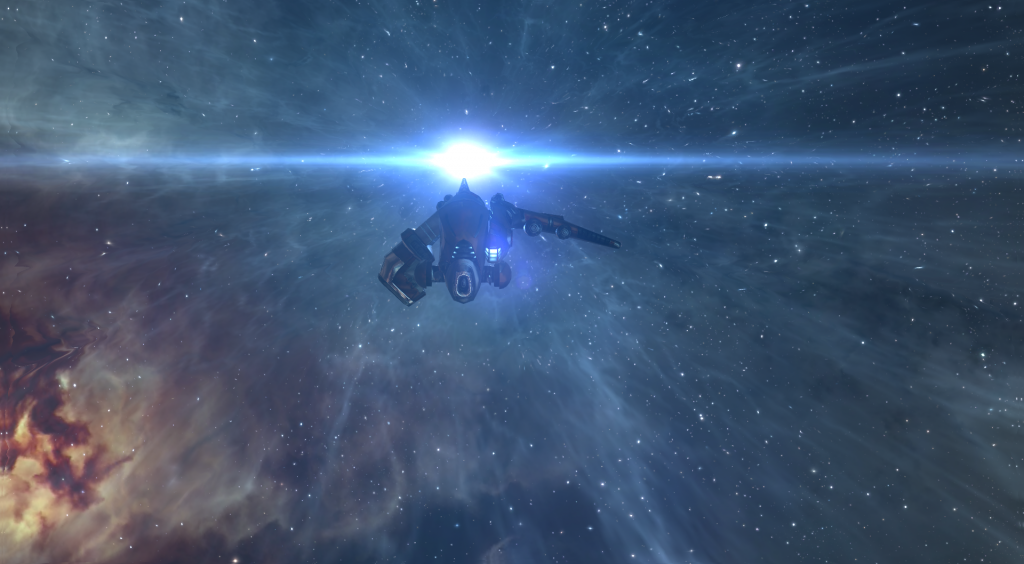